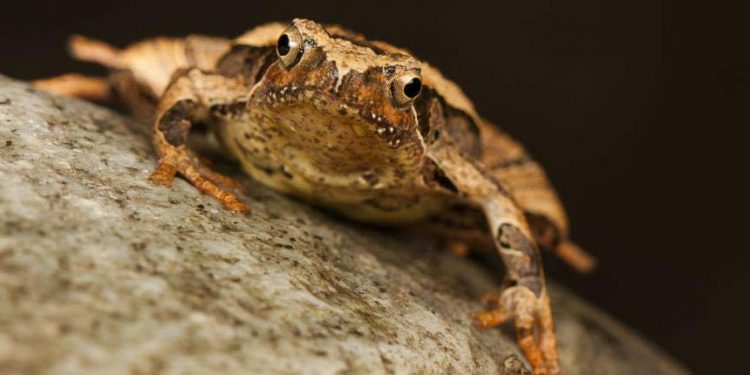 The new species of frog belongs to the Microphyla group of frogs that are popularly known as rice frogs.

The new species, discovered in the Rani Jheel area of Namdapha, has been named as ‘Microphyla eos’ after the mythological Greek goddess of dawn Eos.

The naming is mostly to signify that its habitat is located in Arunachal Pradesh, which is also known as the Land of Rising Sun or the Land of Dawn-lit Mountains.

The research was conducted by a group of scientists from University of Delhi and Zoological Survey of India, say reports.

The study ‘A new Microphyla species (Anura: Mycrophylidae) from riparian evergreen forests in the eastern Himalayan state of Arunachal Pradesh, India’ was published in the journal Zootaxa on Monday.

‘Microphyla eos’ has been confirmed to be a new species after a detailed comparison of both DNA and morphology of this frog was conducted with the known frog species of the Microphyla group.

The Michrophyla group of frogs is narrow mouthed and they are commonly found across South, Southeast and East Asia.

Currently, there are 49 recognized species of Microphyla frogs.

The study found that the closest relatives of ‘Microphyla eos’ exist in Southeast Asia.

The lead author of the study, SD Biju, said the number of frog species present in the northeastern region is higher than the current estimates.