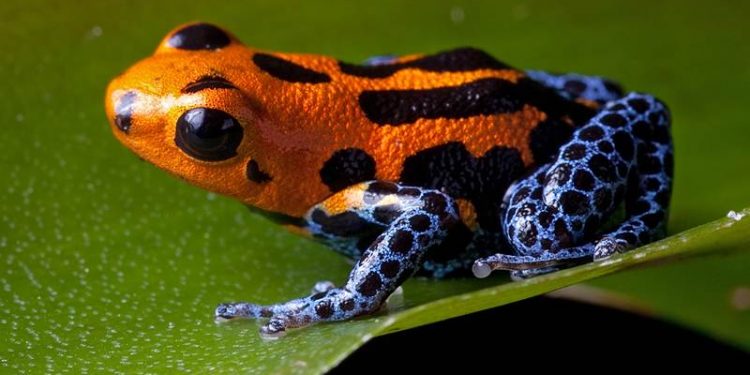 A rare frog species has been found in Lower Subansiri district of Arunachal Pradesh.

The convex-vented horned frog species (Megophrys pachyproctus) has been found by scientists of Zoological Survey of India (ZSI) in Tale Valley Wildlife Sanctuary of Arunachal Pradesh in 2017.

The research findings have been published in the journal ‘Records of the Zoological Survey of India’.

The Records of the Zoological Survey of India provides media opportunity for zoological communications dealing with taxonomy, faunistics, biology, ecology and population of any taxon, and acts as a journal of Indian Zoology.

It was started in the year 1907 from the Zoological Section of Indian Museum as Records of the Indian Museum in order to publish result of faunistic surveys conducted by the scientists.

Led by senior ZSI scientist Bikramjit Sinha, the researchers found that the frog is endemic to Xizang in China.

According to Bhaskar Saikia, the co-author of the journal, the Tale Valley has witnessed a significant rise in a number of frog species.

The Tale Valley Wildlife Sanctuary of Arunachal Pradesh is a pristine tropical forest that receives maximum rainfall in the month of June and is the home of the rare, elusive and graceful clouded leopard.