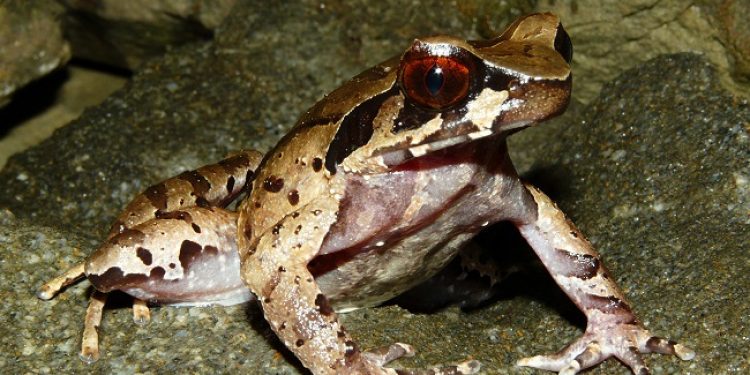 Four new species of horned frogs have been found in the Himalayan regions of Northeast India after conduction of a 14 year research study by a team of biologists from Delhi University, University College Dublin (Ireland) and the National Museum (UK).

The main credit of this remarkable discovery goes to Stephen Mahogany, who conducted the study as a part of his PhD work under Professor S D Biju from DU’s Department of Environmental Studies, known as the ‘Frogman of India’.

Horned frogs are named so because of the  fleshy horn-like projection on the upper eyelids.

The study was published as a monograph in the scientific journal Zootaxa on Monday.

Biju said that Northeast is rich in amphibian species and the discovery of the four new frog species have only notified about the vast fauna that is there in the land.

He also said that despite being part of two globally recognized biodiversity hotspots (Himalayas and Indo-Burma), this region is neglected as compared to the Western Ghats hotspot in southern India.