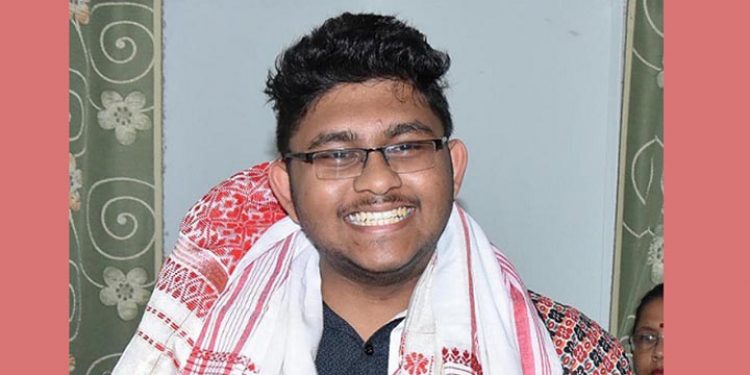 Sayan Mazumdar of Darrang College of Assam’s Sonitpur secured first position in science stream along with Bitupan Arandhara of Ramanujan Junior College of Nagaon in Higher Secondary School Leaving Certificate (HSSLC) Examination 2019, the results of which were declared on Saturday.

Sayan got letter marks in all the subjects and secured 95.6 per cent.

But Sayan, who first decided to be an astronomer, had to sacrifice this dream due to the poor economic condition of his family.

He told this to the reporters who asked him about his aim in life.

The brilliant student secured 94 in English, 98 in Alternative English, 95 in Biology, 97 in Chemistry, 94 in Physics and 90 in Mathematics.

Sayan, who is immensely happy with his results, expressed gratitude towards his parents and teachers of his college for his academic feat.

He further added that he had appeared for the medical and engineering entrance examinations and is planning to pursue a career in either medical or engineering.

When asked about the time taken by him to prepare for the HS examination, Sayan replied that he had studied according to his wishes.

“I sometimes studied for 3-4 hours a day, sometimes for 10-12 hours and for some days, I didn’t even study,” Sayan added.

Sayan, who even got a position in the High School Leaving Certificate (HSLC) Examination, also said that he took tuitions at home for Physics, Chemistry and Mathematics.