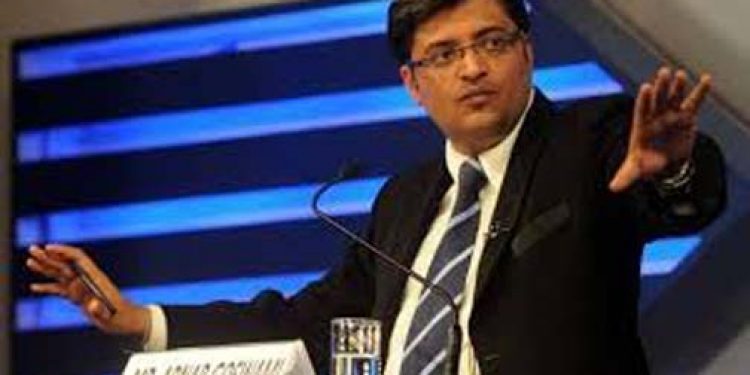 Republic TV editor-in-chief Arnab Goswami on Thursday moved the Supreme Court seeking a stay on the FIRs lodged against him in various states for his alleged remarks against Congress president Sonia Gandhi.

According to mediareports, Goswami, who is the founder of Republic TV, has sought stay on the FIRs registered in Maharashtra, Madhya Pradesh, Rajasthan, Chhattisgarh, Telangana and Jammu & Kashmir.

A Bench of Justices DY Chandrachud and MR Shah will hear the case on Friday.

During his show aired on Republic TV on April 21 on lynching of three persons, including two Hindu saints, in Maharashtra, Goswami allegedly dared the Congress president to openly condemn the lynching of Hindu saints.

On Thursday, Goswami submitted that action against him is an attempt to curb free speech and the Freedom of the Press under Article 19(1) (a) of the Constitution.

In his plea, Goswami prayed that no coercive measures should be taken on the FIRs registered against him.

Meanwhile, Goswami and his wife were allegedly attacked by two unknown persons at around 12.15 am on Thursday in Mumbai when they were returning home from his office.

In a complaint lodged with the police, Goswami alleged that he along wife was attacked by two persons who came on a motorcycle and blamed the Congress for the attack.

However, the party has denied all the charges.

The incident has taken place a day after Congress leaders filed FIRs against the senior journalist in various states for his comments against party chief Sonia Gandhi on his primetime show.

An FIR was also lodged on Thursday by the Assam Congress Legislature Party (ACLP) leader, Debabrata Saikia against Goswami.

A report quoted deputy commissioner of police Abhinash Kumar as saying: “Both the accused were arrested immediately with the help of security personnel with Goswami.”

Meanwhile, Goswami in a video clip said he was told by his security guards that the attackers were allegedly Youth Congress workers.