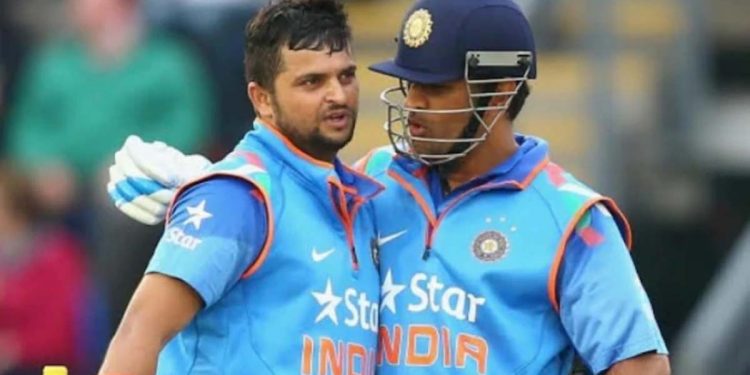 Indian cricketer Suresh Raina on Saturday announced his decision to retire from international cricket taking a cue from his teammate and former captain M.S. Dhoni.

Dhoni made the confirmation through a video on Instagram, the caption of which read: “Thanks. Thanks a lot for ur love and support throughout. From 1929 hrs consider me as Retired.”

Thanks a lot for ur love and support throughout.from 1929 hrs consider me as Retired

Dhoni has retired as Indian cricket’s most successful captain in limited-overs internationals, having won three ICC trophies – 2007 T20 World Cup, 50-over World Cup in 2011, and the 2013 ICC?Champions Trophy.

The former Team India captain last played international cricket during the semifinal of the 2019 ICC?Cricket World Cup in which India lost to New Zealand.

Raina’s retirement comes minutes after former captain Dhoni announced over Instagram that he is quitting from international cricket.

His message on Instagram stated: “I choose to join you in this journey. Thank you India.”

“It was nothing but lovely playing with you, @mahi7781. With my heart full of pride, I choose to join you in this journey. Thank you, India. Jai Hind,” Raina wrote on Instagram.

It was nothing but lovely playing with you, @mahi7781 . With my heart full of pride, I choose to join you in this journey. Thank you India. Jai Hind! ??

According to a media report, both Dhoni and his Chennai Super Kings teammate Raina arrived in Chennai on Friday for a short training camp ahead of the IPL in UAE.

He went on to make his debut in an ODI match against Sri Lanka at Dambulla.

The left-handed batsman is the first Indian batsman to register centuries in all three formats of the game.

Raina also cemented his place as one of the best fielders ever to play the game for India.

He was a part of the team that won the 2011 ICC World Cup under the leadership Dhoni.

The Chennai Super Kings’ duo is expected to play in the upcoming IPL 2020.