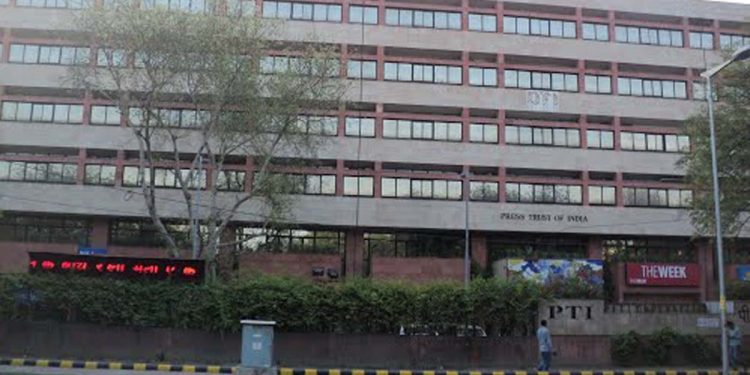 The Union ministry of housing and urban affairs has issued a notice to Press Trust of India (PTI) seeking payment of dues worth Rs 84.48 crore for its office at Parliament Street in Delhi.

The Union minister gave the news agency time till August 7 to pay the amount or face penalty and further action as per the lease agreement.

According to media reports, the notice, issued on July 7 by the Land and Development Office (LDO), reached the news agency’s office on July 13.

The report quoted a ministry official as saying the pending dues include ground rent and regularisation charges for unauthorised construction since 1984.

The official also said no payments of the dues had been made since then.

The notice stated that the news agency has to clear the dues within 30 days from the date of issue of the letter, failing to which they will be liable to pay a 10% interest penalty on total dues.

The concession of limiting the penalty will also be withdrawn, said the notice. 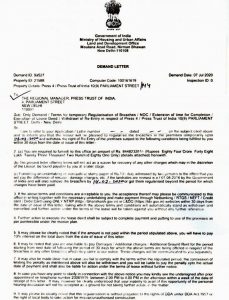 The notice further said the news agency must give an undertaking on non-judicial stamp paper, stating that it will pay the difference of ‘misuse/damage charges’, if the land rates are revised with effect from April 1, 2016 by the government.

The LDO in the notice said the agency must remove the ‘breaches’ by July 14, 2020 or get them regularised by paying charges.

The report quoted a PTI spokesperson as saying that the agency is seeking clarification from the authorities on alleged breaches.

The notice came two weeks after national broadcaster Prasar Bharati allegedly threatened to withdraw the news agency’s subscription for its alleged ‘anti-national’ coverage of the border tensions between India and China.

Prasar Bharati alleged that the recent interview of PTI with the Chinese Ambassador to India Sun Weidong was “detrimental to national interest and undermined India’s territorial integrity”.

Chinese Ambassador Sun, in the interview, had said the Indian side crossed the Line of Actual Control for provocation and attacked the Chinese border troops, and that “the onus is not on China”. Sun also alleged that the Indian forces seriously violated agreements on border issues between the two neighbouring countries.

In the letter, Prasar Bharati reportedly stated that the reporting makes it difficult to continue the relationship.

In response to the letter, PTI said it was doing only doing its job, to record the point of view of the “other side”.