Who will stand for rights of construction workers? 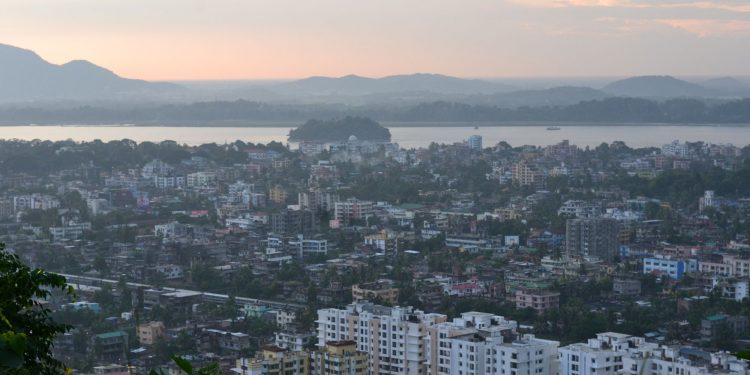 The post independent legislative history of India has been exemplifying many self-contradictory and timid role of the state which again systematically trying to deteriorate the overall constitutional as well as welfare spirit of this country.

Such a conclusion is derived from a number of facts where the state has been providing series of welfare measures by enacting laws and policies and at the same time never makes any effort to implement the same.

To cite a recent example of such paradox, we may mention about an act which was designed for the benefit of those workers who are considered to be the maker of our beautiful cities and other constructions that glorifies our pride.

We know that the country has millions of skilled and unskilled workers engaged in the construction sector who are working without having any social security, proper wages and minimum guarantee of having those constitutional rights that are usually uttered and asserted for the workers of formal sectors.

Considering the vulnerable socio-economic status of this group the government of India introduced an Act called ‘Building and Other Construction workers (Regulation of Employment and Condition of Services Act)’ in 1996.

The Act was enacted to regulate the employment and conditions of service of building and other construction workers and to provide for their safety, health and welfare measures and for other matters connected therewith or incidental thereto.

The preamble of the BOCW Act explicates the said purpose:”An act to regulate the employment and conditions of service of building and other construction workers and to provide for their safety, health and welfare measures and for other matters connected therewith or incidental thereto.”

As per Section 2(d) of the BOCW Act, ‘building or other construction work’ includes ‘the construction, alteration, repairs, maintenance or demolition- of or, in relation to, buildings, streets, roads, railways, tramways, airfields, irrigation, drainage, embankment and navigation works, flood control works (including storm water drainage works), generation, transmission and distribution of power, water works (including channels for distribution of water), oil and gas installations, electric lines, wireless, radio; television, telephone, telegraph and overseas communication dams, canals, reservoirs, watercourses, tunnels, bridges, viaducts, aqueducts, pipelines, towers, cooling towers, transmission towers and such other work as may be specified in this behalf by the appropriate Government, by notification but does not include any building or other construction work to which the provisions of the Factories Act, 1948 (63 of 1948), or the Mines Act, 1952 (35 of 1952), apply.’

For facilitating this act the government also brought another Act called ‘Building and Other Construction workers’ Welfare Cess Act, 1996. The Act provides for the levy and collection of a cess on the employer, at the rate of one to two percent of the cost of construction incurred by him.

The cess collecting authority (local authority or state government) deducts up to one percent of the amount collected towards the cost of collecting such cess.  The cess is paid to the Building and Construction Workers’ Welfare Board constituted under BOCW Act.

Under the BOCW Act, every building worker between the ages of 18 to 60 years who engaged in any building or construction work for at least 90 days (during the past one year) is eligible to register as a beneficiary.

Under the provisions of this act every state government shall constitute a Board  to exercise the powers conferred on and the perform the functions assigned to it .Some of the important functions of the state welfare boards are – a)to provide immediate assistance to beneficiary in case of accident; b)to make payment of pension to the beneficiaries who have completed the age of sixty years; c)sanction loans and advance to beneficiary for construction of a house  not exceeding such amount and such terms and conditions as may be prescribed; d)to pay such amount in connection with premium for group insurance scheme of the beneficiaries as it may deem fit; e)to provide financial assistance for medical and educational need and f)to make payment of  maternity benefit to the female beneficiaries etc.

If we go through the evolution of construction industries and real estate business in the state of Assam and particularly in Guwahati, then we get two very important facts about the workers. The first one is that the majority of the construction workers working in the urban centres of Assam including the city are from the rural areas of Assam.

It has been noticed that after the economic liberalization of 90s, the city witnessed a boom in the housing and construction industry and tuning with this need, cheap and affordable bank loan has been offered by various financial institutions that has again created a huge demand for the housing apartments.

For this unprecedented huge construction works a large work force of informal workers like mason, carpenter, plumber, and unskilled labourers were needed and such urge pushed the informal sector to such an extend where we have witnessed rapid increase of the construction workers especially in last two decades.

Secondly, the stagnation of agricultural growth and the devastation of rural economy for flood, erosion, failure of crops and inappropriate prices of the produces are the push factors to take up the construction work as profession by the rural people.

Beacuse of such desolation in agriculture and unavailability of any alternative livelihood in there respected native areas , most of the construction workers working in Guwahati prefers to work in building and other construction works even though they do not access proper social security and protection.

But the most unfortunate thing is that even after having a statutory central act for addressing the misery of the construction workers, the government of Assam framed the state rule after one decade of the original act came into force and the Assam Building and Other Construction Workers Welfare Board was formed in only in 2007.

Though the enacted rule framed by the state government of Assam elaborately defines a worker who is entitled for the benefit of the provisions of the said act but its implementation is still minimal. Now the pertinent question is, as the state government as well as the respective nodal department is quite hesitant to effectively implement the said act, who will assure the workers to put the act wholly into operation within a stipulated time?

The construction workers rightly can ask this question to all the political parties who hardly give any attention to such issues in their election promises.