Whither Economic Independence? Will the ‘Garibi’ Reality Ever Disappear? 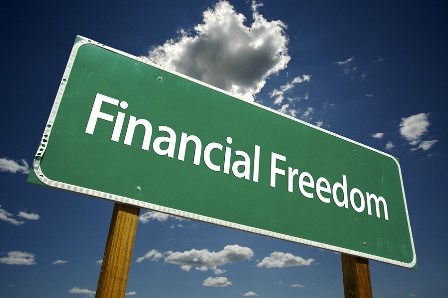 Freedom from foreign rule and declaration of a nation as sovereign is, by no stretch of imagination, independence in the complete sense of the term. At best such freedom may be termed as political independence involving adult franchise and rule by an elected government. In its fuller sense, independence signifies enjoyment of various rights, not just political, by every member of the nation.

The outcome being emanation of a positive growth trajectory across the length and breadth of the nation beneficial to the mental, physical, political, economic, social, religious and cultural wellbeing of the teeming millions. Independence of a people in its true sense encompasses within itself, besides political, vital aspects like economic uplift, socio-cultural protection and promotion, religious freedom and harmony, promotion and easy availability of health care to all at government cost, advancement of education from the pre-primary to the higher level, promotion of welfare measures for the downtrodden and weaker sections of the society – to name just a few.

While August 15, 1947 witnessed India breaking the shackles and gaining freedom from British dominance, the decades that followed have been marked by dismal growth in various vital sectors, including the economic front. Around the time freedom was gained, a sizable section of the population lived amidst penury, poverty and misery.

While the last seven plus decades witnessed the political parties banking on slogans related to poverty and misery like ‘garibi hatao’ or ‘creation of employment avenues’, the scenario failed to register any drastic change and with all the so called progress among the poorer sections making way at snail’s pace, ‘garibi’ continues to be at large among a sizable section of the population.

While political dispensations of bygone days banked on ‘garibi hatao’ and such other slogans for mileage, as of now, ‘Below poverty line’ or ‘BPL’ and schemes made accordingly for BPL people constitute a huge political missile in the hands of the powers that be in their effort to dupe the hungry millions that welfare of the BPL people is uppermost in the agenda of the high and the mighty. While politically the top brass certainly makes gains on the BPL issue, the hard and bitter truth remains totally exposed that even after seven decades of freedom, poverty continues to be roving force in India. With hunger for power among the political top brass since day one of free India, laced with the ugly head of corruption making advent even prior to 1947, it was natural for the path of economic development to suffer bumpy jolts, go wayward and at times even lose its way in the political and bureaucratic maze.

It is just around a week since the nation celebrated the 72nd Independence Day amidst all pomp, gaiety and fanfare. Unfortunately, on the other end of the spectrum, the teeming crores have not slipped out of the eclipse even though seven decades have gone by since the dawn of freedom. While the common man continues to earn his bread or half of it by sheer sweat of his brow, the non-stop sky-rocketing of prices of even essential commodities like food items has forced him to look upon life as nothing other than a massive curse.

No wonder, suicide by farmers has now virtually come to stay if frequent media headlines on this count are any pointer to go by. Have the powers that be at the Centre and the State capitals any answer to this sad, bad and mad state of affairs? Of course, in such matters the Government has an instant and ready-made answer. A probe is ordered, while the probe report never sees the light of the day.

In the realm of employment, the Government sector has virtually been swallowed up by the demon of multi-pronged corruption with jobs seemingly being auctioned out. So far as the private sector is concerned, more often than not, the ordinary workers become helpless victims in the hands of some unscrupulous employers who often rub shoulders in the corridors of power.

While apparently, there is no dearth of laws and rules for protection of workers from exploitation and injustice, at the ground level the entire system turns out to be a non-ending labyrinth with the victim workers becoming a virtually frustrated and bewildered lot in the backdrop of eluding justice, while years and years roll by.

On the health front, many a countryside are conspicuous by the absence of even primary health centres. Further, the lack of connectivity often proves to be a huge bottleneck for villagers in transporting patients to far off hospitals. Sectors like education or supply of drinking water in rural areas are similarly plagued by mundane problems.

The children, particularly in rural and interior areas, are quite often deprived of their due share of rights, while in the absence of safe drinking water the people are compelled to consume even contaminated water and in the process invite a host of ailments.

Another strikingly noticeable aspect of the economy is the progressively increasing number of beggars and pavement dwellers as our freedom gats older. Significantly, the Government maintains a stony silence over the issue as though it does not exist. While the Government files may be totally silent on the existence of these downtrodden people living under the open sky and possibly running into crores across the country, is it not the duty of the Government to rehabilitate these people with appropriate shelters? Has the Welfare Ministry or department no responsibility towards these people?

On the other hand, a tiny handful is openly consuming, by means fair or foul or both, all the fruits of economic independence. The lot includes many perennial bank defaulters, defrauding banks to the tune of tens of thousands and even over a lakh of crores of rupees and yet go under the tag of industrialist, courtesy Government.

Indeed the Government has gone to the extent of bending backwards and invented a protective term – Non Performing Assets or NPA – for the defrauded bank loans only to provide the necessary protection to the bank defaulters. Again, robbing the nation and laundering billions of dollars off to foreign banks is another black spot on our seven decades of independence. On this count, till date, the Government has done nothing, save letting loose high rhetoric to the public gallery.

If only the powers that be could devote some moments for the uplift of poor, downtrodden and the destitute, perhaps the face of the nation might have been slightly brighter. Presently, with the horizon seemingly all dark and bleak, may one ask if even a resemblance of a glow or the faintest of silver lining in the dark clouds would ever be seen by downtrodden multitude in our ‘sare jahan se accha’ ?