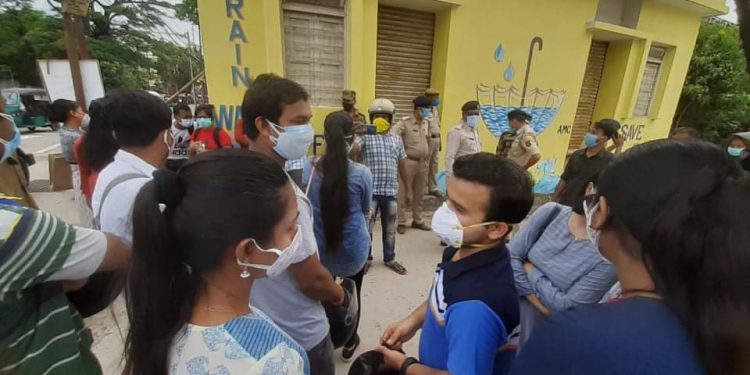 A group of unemployed veterinary graduates on Saturday assembled in front of Tripura chief minister Biplab Kumar Deb’s official residence in Agartala demanding that the state government provide them with jobs.

The chief minister mentioned on his official Facebook page that 16 veterinary graduates would be recruited soon as the council of ministers gave approval in a recently held meeting.

After receiving information about the state government’s decision, these unemployed veterinary doctors expressed their desire to meet Deb.

“The last recruitment took place in 2014, after which no veterinary doctor was recruited by the state government,” said a veterinary graduate on condition of anonymity.

Over a hundred graduates have passed out from the Tripura Veterinary College since 2017.

“Now the BJP-IPFT coalition government has approved appointment to only 16 posts, while a total of 117 posts are lying vacant. It is completely unfair on the part of the government not to recruit general category aspirants,” he said.

Another youth said that they had gone to the secretariat to meet the CM prior to two months, but could not meet him.

Meanwhile, police officials outside the CM’s residence asked the unemployed youths to maintain Covid-19 protocol if they.