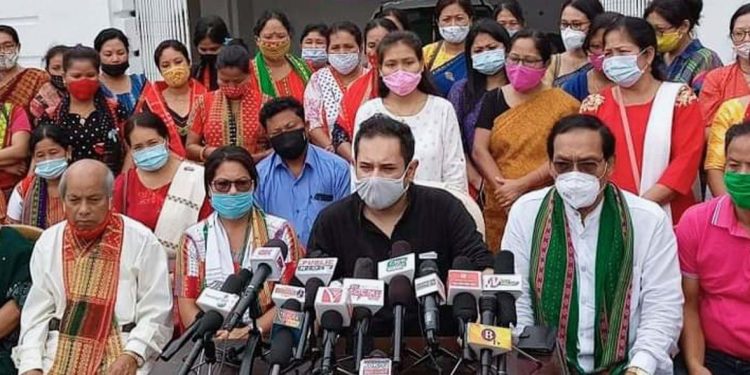 The resolution was taken on Friday on the second day of the ongoing ADC session.

Brunel Debbarma, an elected member of the TIPRA Motha, raised the proposal in the session on Friday.

Speaking in full support of the proposal on the second day of the ADC session, TIPRA Motha chairman and MDC Pradyot Bikram Kishore Debbarma called upon all to unite for the betterment of the socio-economic condition of the indigenous tribes of Tripura.

“Our existence is in danger today. Greater Tipraland is needed for our survival. Even after long years of independence, we are deprived. Everyone, regardless of party affiliation, has to go to the central government for the development of the state,” he said.

Debbarma called upon all to rise above politics.

“I want development of the culture and socio-economic condition of the indigenous people. There shall be no cheating with the people. Those, who cheated the people, have been removed,” he said.

“The airport has been named after the Maharaja. But the day when an indigenous youth of his land becomes a pilot then I will be happier. We want to build Greater Tipraland with Hindus, Muslims, Manipuris and others,” he added.

Animesh Debabarma, deputy leader of the ruling party in Tripura ADC and executive member of the Tribal Welfare department, said the nation has become unbalanced due to historical reasons. Everyone is agitating for survival. Language, state for nation, state is formed. The constitution has its place.