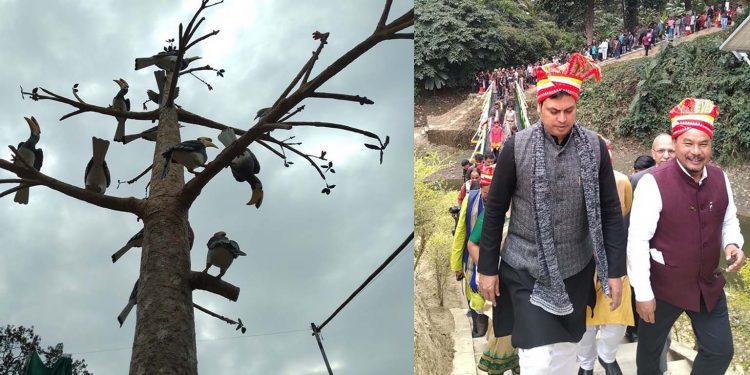 Organised for the first time in the state, the festival has been organised with twin goals in sight- conservation of Hornbill and to boost the livelihood of the people through tourism.

Speaking after the inauguration, Deb said, “The people of northeast exchange each other’s festival and this boosts the tourism industry of a state.”

“Hornbill Festival of Nagaland is very popular and I am sure if we hold the festival here in Tripura, people from Nagaland will also visit the state. This will boost tourism and build up the inter-tribal interaction,” Deb said.

Earlier, the CM also inaugurated a log-hut and a hornbill viewpoint for the tourists.

The Hornbill family includes about 55 living species, out of which India is home to nine species of hornbills, of which two are endemic.

Diversity of hornbill is the highest in the northeast with five species, among which Oriental Pied Hornbill has a wide range of distribution throughout the region.

With an aim to boost tourism and for conserving nature,

To boost tourism and to conserve nature, Arunachal Pradesh and Manipur also of late have begun organising Hornbill Festival.

In Nagaland, Hornbill Festival is considered as the “Festival of Festivals”.