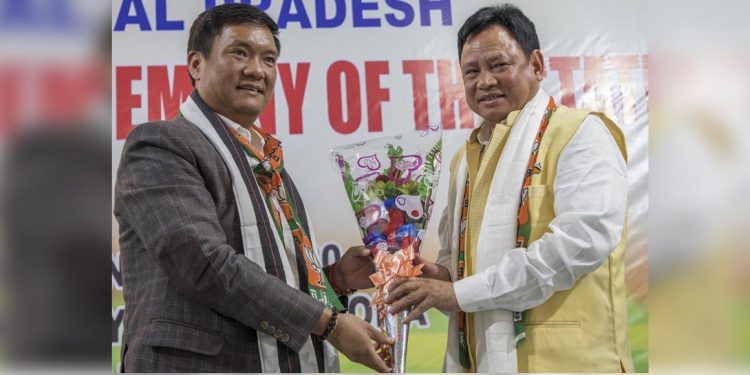 Arunachal Pradesh chief minister Pema Khandu on Wednesday called upon the members of the Bharatiya Janta Party (BJP) not to involve in any kind of corruption.

“The government shall be harsher when it comes to its own party workers if found involved in corruption,” chief minister Khandu said while addressing a function where the new state BJP president Biyuram Wahge took charge.

“The party workers must first themselves set an example if we all have to eliminate corruption,” he added.

The Arunachal Pradesh CM in his speech congratulated Biyuram Wahge and lauded the dedication of party workers who have worked hard to make the presence of BJP all over the state.

He also applauded former president Tapir Gao and many other dedicated party activists who kept the party alive even during its unpopular times.

Khandu said under the leadership of Wahge, the state government hopes to get full support of the party in carrying ahead the successful implementation of all state and central flagships programme.

He said the new tenure of the BJP government in the state has thrown a big challenge as people have high expectations.

The Arunachal Pradesh CM called upon the party to stand always with the government and urged its cooperation to enable fruits of development schemes to reach the last person.

He said the government needs to go closer to people and this can be possible with the dedicated service attitude of party members.

Khandu also said every party minister and MLA must be accountable for their works.

“They must present a review of their work accomplished over a period of time so that they perform,” he said.

On the occasion, all the newly-elected BJP district and mandal presidents and the state council members were felicitated.