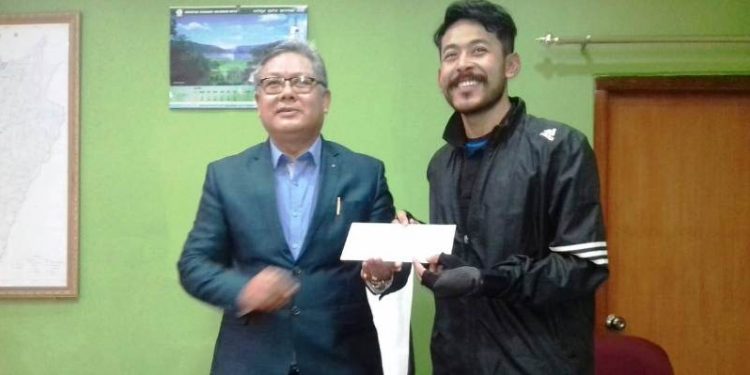 The expedition that is based on the theme of humanity is focused on carrying their rights and voices in the 2020 Japan Ride.

In his debut international cycling mission, Manipur cyclist Rohan Philem Singh will ride his bicycle to Tokyo in an effort to connect the unheard voices of persons with disabilities.

The expedition that is based on the theme of humanity is focused on carrying their rights and voices in the 2020 Japan Ride.

The 25-year-old Rohan will start a solo ride to Tokyo to promote “Inclusion, respect & dignity” and further raising awareness on “The rights persons with disabilities”, in connection with the commencement of the 2020 Summer Paralympics in Tokyo.

In his 7th mission Roshan, a resident of Moirang in Manipur, will be covering a total distance of approximately 10,000 kms from New Delhi to Tokyo by the second week of February 2020.

Shyam said he is determined to cycle to his office every Thursday to promote health and environment and spread message among the people of Manipur about the benefits of cycling.

He expressed the need to encourage and promote such youths who have brought laurels for the state by braving all odds on the way.

Minister Shyam assured that he will present gifts to both the cyclists Rohan Philem and G Ingobi for their remarkable cycling feats to different countries of the world on a varied range of themes.

Rohan, a resident of Moirang Philem Leikai, Bishnupur district, is at present a masters’ student at Sharda University, Greater Noida.

Earlier Rohan had toured the North-East states and other parts of the country under different themes.