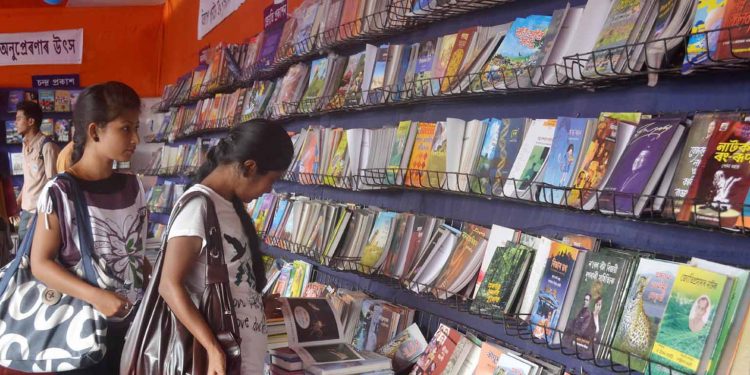 A file image of book fair

The 12-day 38th Agartala Book Fair will begin from February 26 at International Mela Ground, Hapania, where a number of eminent writers from across India are expected to take part.

The decision to hold the book fair on the outskirts of Agartala after a meeting between Tripura deputy chief minister Jishnu Dev Barma the organising committee on Friday.

The Agartala Book Fair is one of the most sought after book fairs of the Northeast and it began in 1981 from the premises of Rabindra Bhawan.

This will be for the first time that the book fair will be held outside Agartala.

There were a number of appeals from various persons to host the book fair at Children Park in Agartala, which, however, was overlooked and the deputy CM decided to go ahead and hold the fair at Hapania.

Organisers further informed that this year a number of writers and publishers from across India will be taking part in the book fair.

Books of various upcoming and debutant authors from Tripura will also be released in the book fair this year.

A wide range of programmes like book reading sessions, book release functions, interactions with authors etc. have been lined up in the book fair.

The prominent literary festival of the state will end on March 8.