Agartala to get smarter with two new city gates 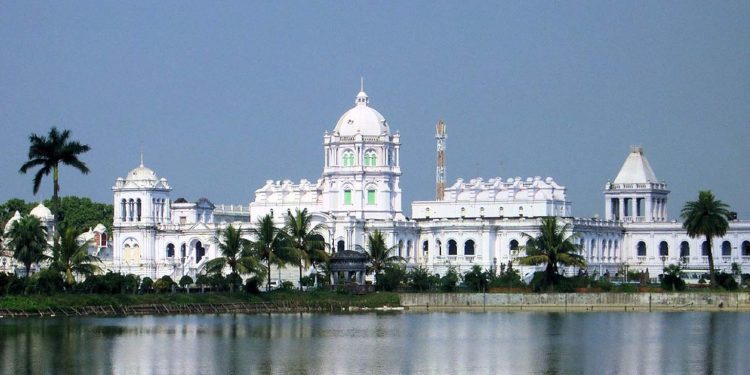 Agartala will soon get two attractive city gates- one at Khayerpur Road and the other at Amtali.

The Agartala Smart City Limited has recently released a tender for the construction and maintenance of the two city gates.

A total of Rs 5.2 crore has been earmarked for construction and maintenance of the two city gates. The construction company will have to maintain the gates for five years.

In fact, Agartala will be the first Smart City in the northeast to decide construction of the two gates.

The first gate at Khayerpur Road is at the entry point on the Assam-Agartala Road in the eastern part of the capital city of Tripura.

The second gate will be constructed at Amtali in the southern periphery of Agartala.

The road through Amtali travels to Sabroom, the southern end of Tripura. It would also connect the Chittagong Hill Tract in Bangladesh.

Officials at the Agartala Smart City Limited told Northeast Now that they wish the designs of both the gates blend with the old architecture of the monuments.

“And it would be great if the two gates blend with the historic monuments of Agartala,” the officials said.

The online tender for the city gates will close on January 27, the officials said.

The Agartala Municipality is also one of the oldest in the northeast. It was established in 1871, during the reign of Maharaja Bir Chandra Manikya with a population of only 875 by a royal proclamation.

AWS Power, the first British political agent for Tipperah was the first chairman of the Agartala Municipality.

He had gone for a tour to the United Kingdom in the 1940s, and after his return, he had decided to transform Agartala as a modern town.

The streets in central Agartala are still straight and parallel.

In addition to the two city gates, the Agartala Smart City Limited has initiated a green corridor and landscaping along Katakhal channels.

It also plans to develop eco-mobility corridor and the riverfront will be developed with walking and cycling trails and bridges across the channels.