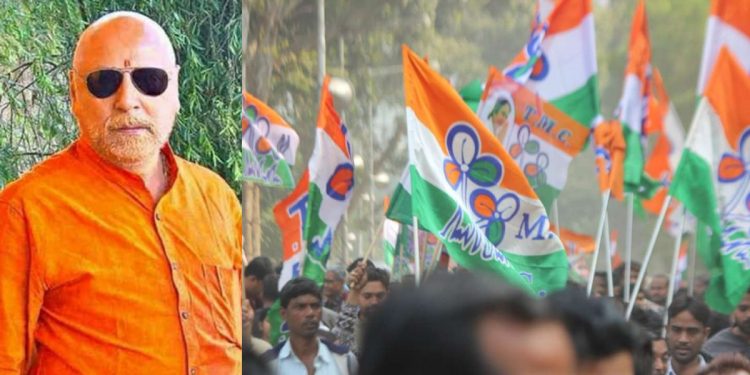 The Trinamool Congress (TMC) in Tripura is eyeing the 2023 Assembly Elections in the State.

Speaking to this correspondent, Tripura TMC president Asish Lal Singh said that his party is focusing mainly on the 2023 Assembly Elections in the State.

Singh said that even if several top BJP and CPI-M leaders join the TMC soon, their main focus would still remain on the Assembly elections in Tripura in 2023.

“Our main focus is the 2023 Assembly Elections. Even if top BJP and CPI-M leaders join the TMC in coming days, our focus would still be on the Assembly elections,” Tripura TMC president Asish Lal Singh said.

Earlier, speaking to this correspondent, the Tripura TMC president revealed that around 13 top BJP leaders and 4 CPI-M leaders are in talks with the TMC.

“Around 13 BJP leaders and 4 CPI-M leaders, which include ex-ministers are in talks with us. Our party chief Mamata Banerjee will decide on whom to induct in the party,” said Tripura TMC president Asish Lal Singh.

Asish Lal Singh also lambasted the ruling BJP and the opposition CPI-M, terming them as two sides of the same coin.

“BJP and CPI-M are two sides of the same coin. If one is the A team, the other is the B team. Both working together to destroy Tripura,” Singh said.

The Tripura TMC president further said that law and order in Tripura has ‘collapsed’ under the BJP regime in the State.

He said: “These is no law and order in Tripura. It has totally collapsed. Every day there are murders, rapes, etc.”

According to Asish Lal Singh, the TMC has already begun the ground work for the Assembly elections in Tripura in 2023.