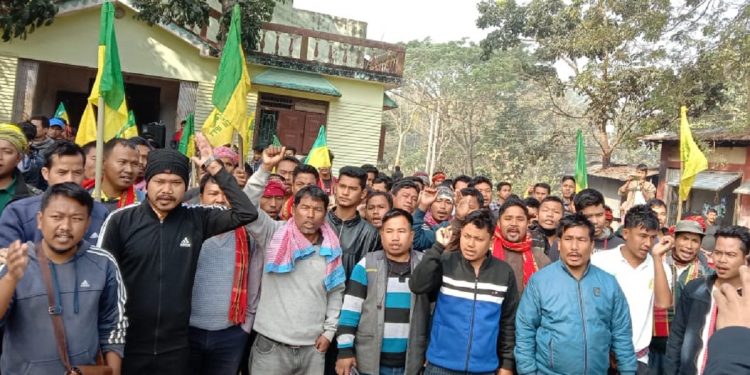 The IPFT rally on Friday entered its fifth day and “will cover every area falling under the TTAADC”.

“As the rally continues to cross a new area every day, people joining us in our demand for a separate ‘Tipraland’,” said IPFT spokesman Shukla Charan Noatia.

Notably, the Tripura High Court has directed the State Government to conduct elections to the TTAADC within May 17.

The term of the previous TTAADC Government came to an end on May 17 last year.

However, elections to the Council could not be held due to the COVID-19 pandemic.

Administration of the TTAADC was handed over to the Tripura Governor for six months, and later extended for another six months on November 17.

Delay in holding of elections to the TTAADC has been severely criticised by the opposition parties in the State.

The TTAADC is governed by a Council of 30 members.

Out of 30 members, 28 are elected through adult suffrage, while 2 are nominated by the Governor.

Out of 28 elected seats, 25 are reserved for Scheduled Tribes.

Notably, areas falling under TTAADC are considered to be a stronghold of the CPI-M.

CPI-M had been ruling the TTAADC for the past 15 years, with no other parties in the State being able to secure even a single seat in the Council.

Meanwhile, political parties in Tripura have already started preparations for the elections to the Tripura Tribal Areas Autonomous District Council (TTAADC) on a war footing.