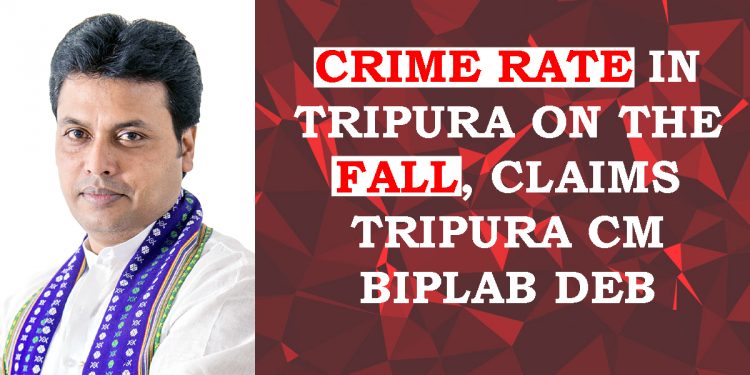 Tripura Chief Minister Biplab Deb has claimed that the State’s crime rate has declined by 22 percent in last one year.

Biplab Deb said this while attending a Police Week programme on Friday.

“Decline in crime rate means that the overall law and order situation in Tripura is satisfactory,” Biplab Deb added.

Biplab Deb while speaking on women safety in Tripura said that the graph of crime against women has also seen a sharp downfall of 15.4% percent in 2020 compared to that of the previous year.

He said: “I don’t want to see any kind of crimes against women in Tripura.”

This claim by the Tripura Chief Minister comes amidst heavy criticism of the BJP-led State Government from the opposition parties in the State – the CPI-M and the Congress.

The CPI-M and the Congress have been raising concerns over the present law and order situation in Tripura terming it ‘pathetic’.