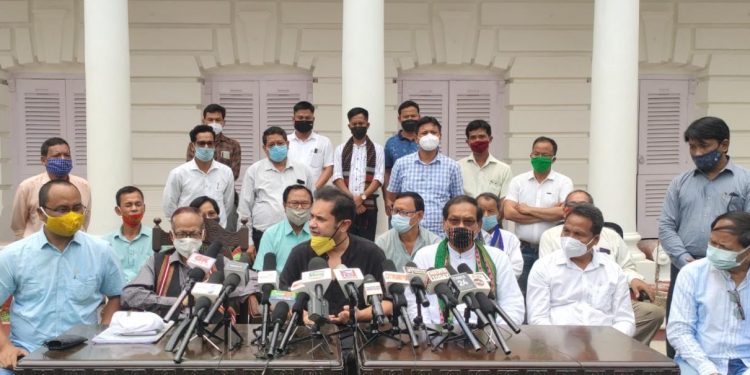 TIPRA Motha is planning to contest the upcoming urban body elections as well as the Tripura Assembly elections to be held in 2023.

Party chairman, Pradyot Deb Barma on Wednesday announced this while interacting with the media at Agartala.

“If we have to fight for greater Tipraland, then we can’t ignore some parts of Agartala like Abhaynagar, Nandan Nagar etc. We are also thinking to fight the upcoming urban body elections,” said Deb Barma.

“I have clearly said that we have to work for the indigenous party for which, we have to contest the urban elections and the Tripura Assembly elections,” he said.

The royal scion also claimed that he will win more than 23 seats in 60 state assembly constituencies of Tripura.

He claimed that the regional party has left Agartala and so Tiprasa people are suffering.

The Tipra Motha leaders said that they target to form block committees in Agartala city and then ward committees.

“We already have block observers throughout the state and will soon form block-wide committees,” Deb Barma said.

The regional party will also form an Agartala city committee and city advisory.

“Today, we have come together to hold a meeting at the primary level. We will work for the overall development,” he chairman added.