Brishaketu Debbarma cited 'personal reasons' for his decision of stepping down as an MLA of Tripura Legislative Assembly. 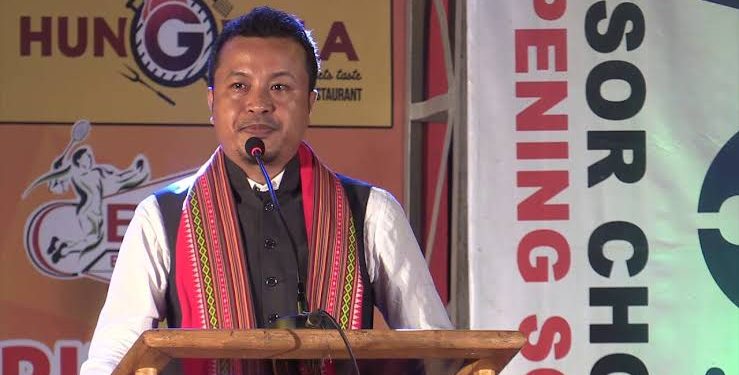 BJP’s ally in Tripura – the IPFT, has suffered a massive setback. Senior IPFT leader Brishaketu Debbarma has stepped down as MLA from Simna constituency.

Brishaketu Debbarma tendered his resignation before the Speaker of the Tripura Legislative Assembly.

In his resignation letter, Brishaketu Debbarma cited ‘personal reasons’ for his decision of stepping down as an MLA.

Meanwhile, a senior leader of TIPRA Motha confirmed that the former Simna MLA will join the party after a meeting with its chairman Pradyot Kishore Debbarman on Wednesday.

Meanwhile, Speaker Rebati Mohan Das has confirmed that he has received the letter from Debbarma. 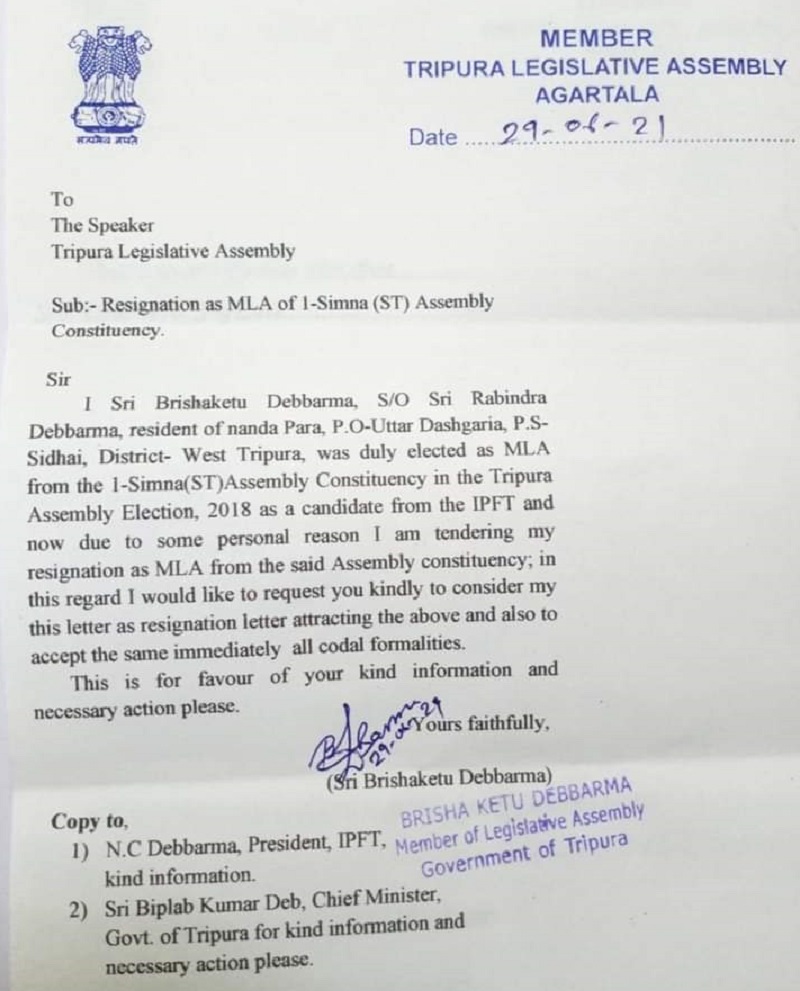 The TIPRA Motha won 18 seats in the recently held Tripura Tribal Areas Autonomous District Council elections, while nine seats were captured by BJP and one by an independent candidate.