Elections to the Tripura Assembly would be held in the early part of 2023. 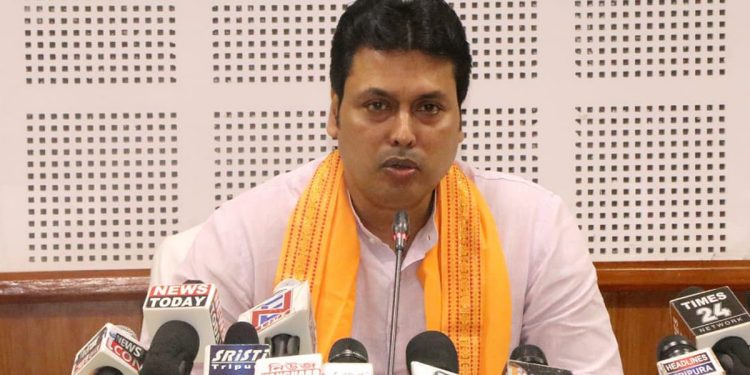 Tripura Chief Minister Biplab Deb has asked the BJP workers to focus on expanding and strengthening the party.

Tripura CM Biplab Deb has asked the BJP leaders and workers to adopt “triple S” formula for strengthening the party.

He told the BJP workers that the “triple S” formula – Sambad (dialogue), Swabhab (nature) and Sadachar (good behaviour) would help in strengthening the party.

“If the party leaders and workers follow the ‘triple S’ formula, no power can beat us and BJP will remain in power for a long period,” Biplab Deb said.

This advice from the Tripura chief minister to the BJP workers comes at a time when the party is going through a rough time with dissidence galore within the party.

Reports suggests that there has been massive outflux of BJP workers to the Trinamool Congress (TMC), which is trying to expand its base in the State ahead of the Assembly elections.

Elections to the Tripura Assembly would be held in the early part of 2023.