Assam Power Minister Bimal Borah visited Kokrajhar and Dhubri to review performance of the power department in these two districts. 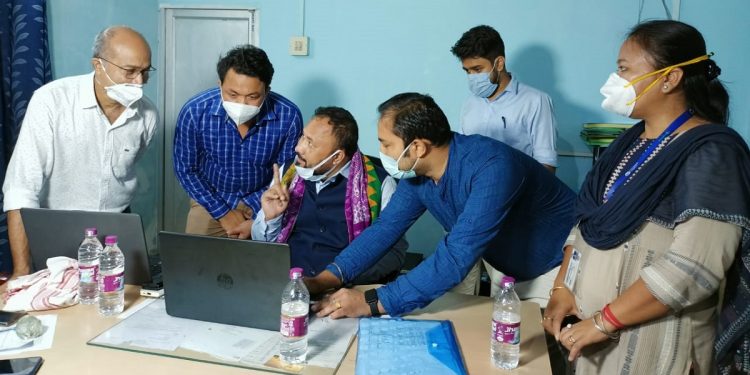 Assam Power Department would launch a massive drive against theft of electricity and non-payment of dues (bills) soon.

This was informed by Assam Power Minister Bimal Borah on Tuesday during his visit to lower Assam districts of Kokrajhar and Dhubri.

Bimal Borah on Tuesday visited the districts of Kokrajhar and Dhubri to review the overall performance of the power department in these two districts.

Later in the day he also visited Raniganj in Bilisipara in Dhubri district.

The minister said that he visited electrical sub-division offices in Kokrajhar and Dhubri district to inquire about the functioning and performance of the department.

The Assam Power Minister expressed his concern over power theft and non-payment of bills by the consumers.

He said that although there are over 54,000 consumers under Fakiragram electrical sub-division, only 8000 pay bills.