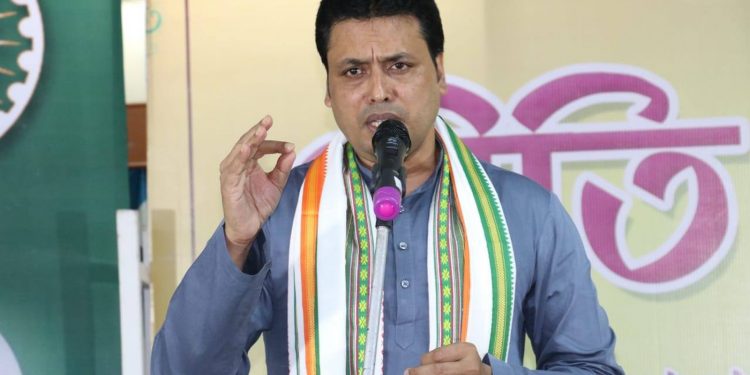 The museum would be constructed in the old jail complex of Agartala.

Beside the museum, the state government would also set up two hospitals in the complex.

One will be a child hospital and another will be an eye hospital.

Earlier, the Left government decided that one English medium college will be constructed in the area of old jail complex of Agartala.

But after coming to power, the BJP government has dumped the earlier government’s decision and declared their own agenda.

The CM said that the museum will display the history of 1971 Liberation War of Bangladesh.

Biplab Deb further informed that the Tripura civil society had opposed the decision of the earlier government of establishing a college in the old jail complex.

“During the 1971 war Sheikh Mujibar Rahaman came to the old central jail of Agartala and for this reason, we have decided to construct a museum and dedicate to him,” added Deb.

In 2013 the central jail shifted to Prabhurampur of Bishalgarh.