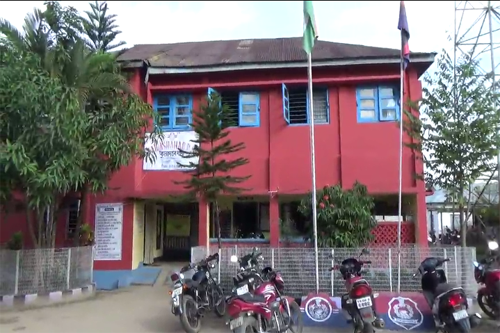 Once again the Unakoti District Hospital has witnessed chaos from the public following the death of a patient in the hospital on Monday morning.

The incident happened after the family members were informed of the death of the 70 years old patient named Jobor Uddin.

Reportedly the incident sparked off when Jobor Uddin was missing from his home located at Gournagar area Fulkumari village south Borkhola.

Later when he was found unconscious on a road side he was rushed to the district hospital where Doctor Biprajit Debbarma declared him dead.

Alleging ill treatment the family members of the deceased rampaged the hospital and also beat up the doctors and security guard.

Later the doctors and medical superintendant Satyajit Pal held a meeting where they decided unless the police takes action against the culprit, they will not hand over the body of the deceased.

However the injured doctors have also filed a complaint for the alleged assault with the police.