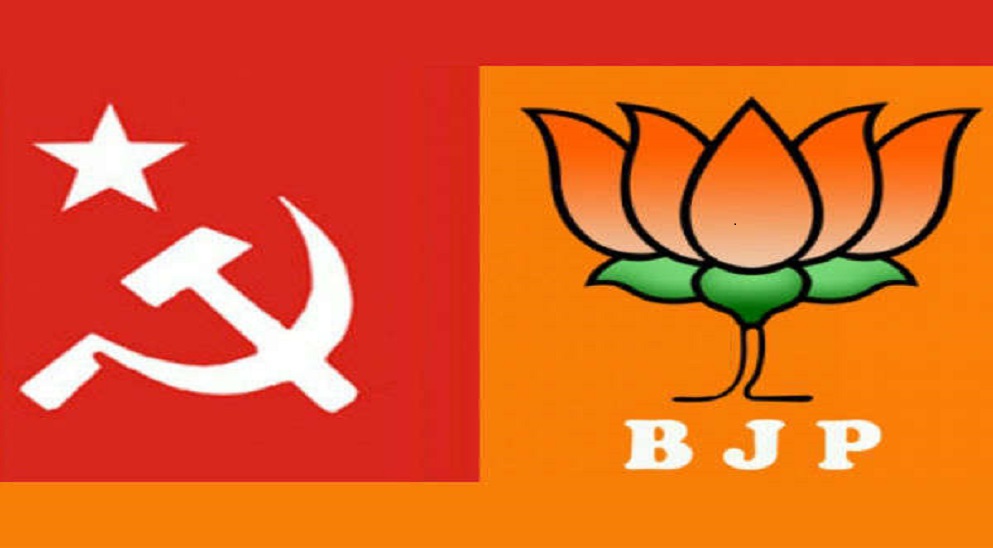 The Tripura unit of BJP on Monday alleged that opposition CPI-M and Congress is patronizing militancy in Tripura again.

However, the opposition CPI-M has heavily opposed this kind of allegation made by the ruling party.

The ruling BJP has alleged the CPI-M and Congress have been trying to encourage militancy in the state’s tribal areas.

The BJP has written in the party’s state facebook page, @BJP4Tripura. 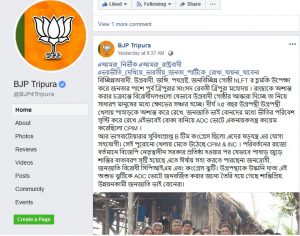 In that post, the BJP said the people are angry over the opposition parties fomenting secessionist movement again.

They also alleged since last 25 years of Left regime in Tripura, the CPI-M patronized militancy in the tribal area to spread fear among the tribal people.

And Congress has supported them, the saffron party had alleged.

The BJP also claimed after forming the government in Tripura peace has come back in the tribal areas.

“The CPI-M had installed one party ruled in Tripura Tribal Areas Autonomous District Council (TTAADC) by creating trouble in hilly areas. And, the Congress, considered as CPI-M team-B is also involved in the ploy”, it alleged.

He said the Left Front, especially CPI-M fought against the militancy in Tripura.

“The CPI-M also lost many of its comrades in this fight against militancy. The Left Front government of Tripura has minimized the extremist problem in the state,” he added.

Kar also said the IPFT which is the musk of extremist group in Tripura is now the alliance partner of BJP in the State.

And people of the State know very well who are supporting extremism in Tripura, he added.

He said, “Those parties in the Northeast that patronize or support militancy in this region made alliance with BJP to form government.”

“In Tripura IPFT which is wanting to divide the State is in alliance with BJP,” he added.

Recently, the outlawed NLFT has served a threat notice to the newly elected MP Rebati Tripura for supporting the Citizenship Amendment Bill (CAB) in the Parliament.

The development sounded an alarm bell among the law enforcing agencies.