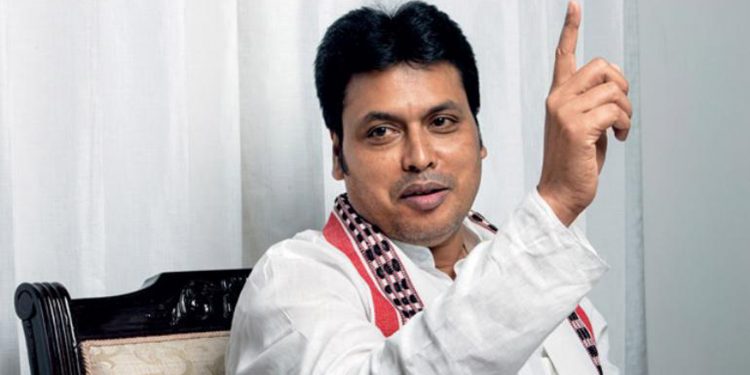 Tripura CM Biplab Kumar Deb on Tuesday night said that the extremism and terrorism rose in the country due to Article 370 in Jammu & Kashmir.

“Abrogation of its provisions is the boldest decision taken by any government post Independence,” Deb said while addressing the media outside the party office in Agartala.

“Article 370 in Jammu & Kashmir had given rise to extremism and terrorism in the country,” he added.

He further said, “If Jammu & Kashmir can enjoy special status then other states should also have the right to enjoy it. Rules cannot be different for people living in the same country”

He termed the scrapping of Article 370 as “historic” and added that scrapping of its provisions has “scripted the beginning of a new history in the country”.

Deb, firing a salvo at the Congress, said that Jammu & Kashmir was given the special provisions only to “serve interests of those close to the Nehru family”.

“Whatever happened in Jammu & Kashmir happened in accordance with the wish of three families who were close to the Nehru family,” the CM said.

“Several corruption cases went uninvestigated in Jammu & Kashmir as people there had no right to information,” added the Tripura CM.