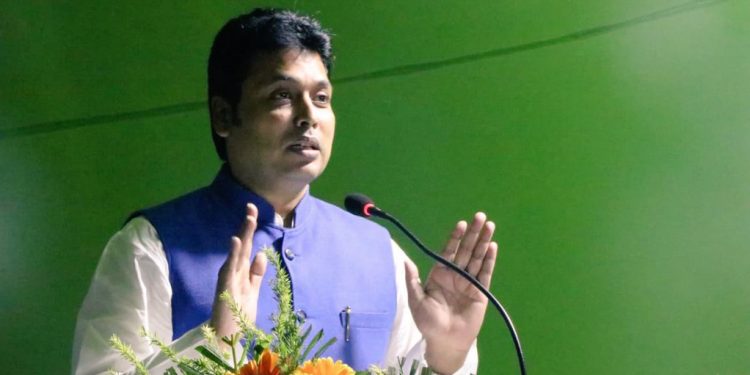 One more person to have got embroiled over the row of circulation of fake news against Tripura chief minister Biplab Kumar Deb is State Congress vice president Tapas Dey, reports The Indian Express.

Tripura Police has booked Dey for purportedly sharing fake news about a divorce suit against the CM on the social media.

According to Tripura Police, they have booked Dey in connection with the case against a school teacher and freelance journalist Saikat Talapatra who was earlier arrested for sharing fake content against the CM. Talapatra has been slapped with charges of defamation and criminal conspiracy against the CM.

However, Deputy Inspector General (DIG) Arindam Nath has maintained that although has been registered against the Congress vice president,the police will take their time to arrest him.

“There is no apparent apprehension that he (Dey) will escape. Law will take its own course,” said Nath in a statement.

Reacting to the charges, however, Dey has said that he had shared the news on social media asking his friends to confirm him about the same.

“I have neither passed any comments or any value judgments on it. I am ready to face the law,” Dey stated.

Dey did accuse the Tripura government against BJP rule of taking political vendetta against him based on this case.