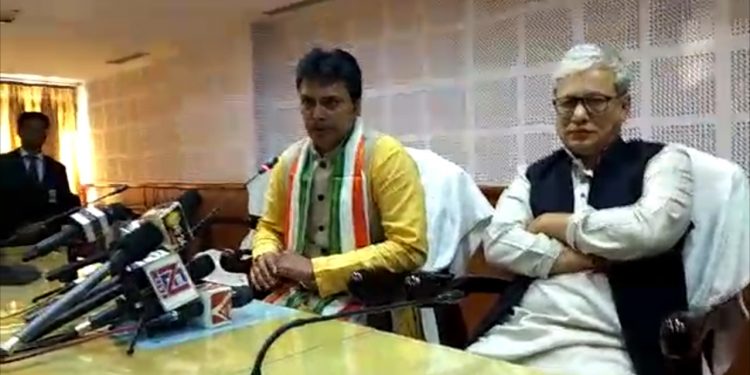 Deb in presence of the deputy chief minister Jishnu Debbarma and revenue minister N C Debbarma during a press conference condemned the February 14 attack in Pulwama which claimed the lives of around 44 CRPF troopers in a suicide militant attack.
“I condemn the barbaric killing of the CRPF personnel by terrorists. We have decided to give Rs two lakh each for families of deceased CRPF personnel,” the chief minister said.

Around 44 CRPF personnel were killed after a suicide bomber rammed a car laden with explosives into a bus carrying them on Thursday.

The bus was extensively damaged in the blast, which was followed by firing on the vehicle.

The convoy comprised 78 buses in which around 2500 personnel were traveling from Jammu to Srinagar.

Soon after, Jaish-e-Mohammed (JeM), which is based in Pakistan and backed by the Pakistani administration, claimed responsibility for the attack and said it was carried out by its suicide bomber.