We are still an alliance partner of NDA, says Meghalaya CM Conrad Sangma 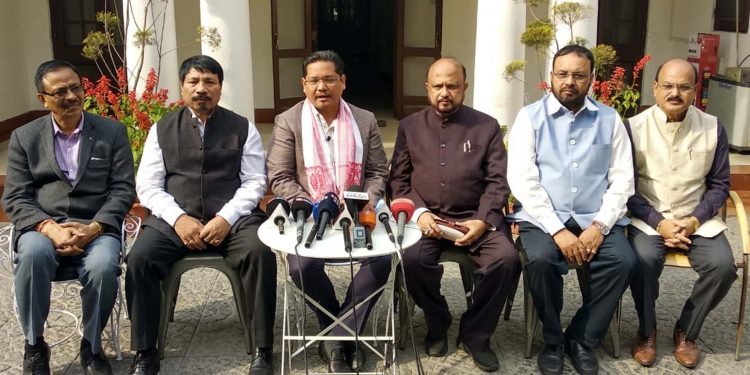 Meghalaya chief minister Conrad K Sangma on Wednesday said that his party, the National People’s Party (NPP) is still a partner of the NDA overruling his intention of walking out from the National Democratic Alliance (NDA).

“Yes we are still with the NDA and the question of walking out of the alliance does not arise,” said Conrad. He was talking to the reporters in New Delhi hours after the Rajya Sabha announced sine die without introduction and tabling of the contentious Citizenship Amendment Bill, 2016 (CAB).

On Monday, Sangma had warned that if the government brings the Citizenship Amendment Bill, his party will walk out of the NDA alliance. Interestingly, that announcement also made the NDA parties nervous because couple of days back, the Asom Gana Parishad (AGP) had snapped its alliance with the BJP in Assam.

“NESO would like to thank all the component organisations who have worked very hard and sacrifice a lot to oppose this draconian Bill, on this occasion, it is very imperative to also thank the different state governments of the northeast who have taken a bold stand on this issue, notably the stater government of Meghalaya led by Conrad Sangma,” said NESO chairman Samuel Jyrwa.