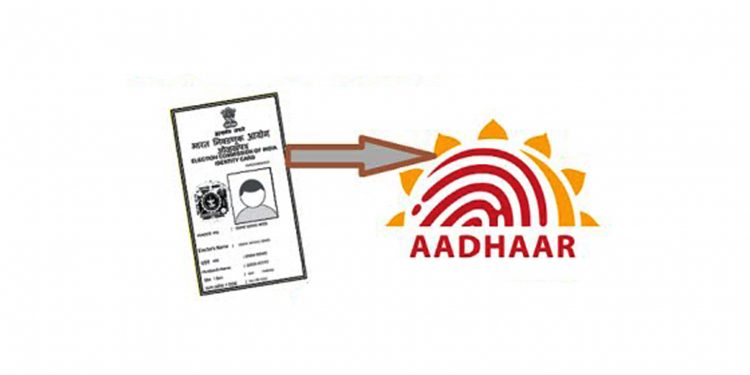 The law ministry has accepted the suggestion from the Election Commission to link Voter ID card with the Aadhaar card.

The ministry, however, has clearly said strict arrangements should be made to prevent data theft while implementing the process.

Sources informed that the ministry has agreed with some conditions to link the Aadhaar card with the voter ID card.

“The Election Commission can get the legal right to add Aadhar card with the Voter ID card after it gets approval from the union law ministry,” sources added.

The exercise to link Aadhaar card with Voter ID card began in 2015 when HS Brahma was the chief election commissioner.

The exercise was, however, suspended after the Supreme Court banning the use of Aadhaar in Public Distribution System (PDS), LPG and kerosene distribution.

Before the SC ban, however, 38 crore Voter ID cards were linked from Aadhaar cards.

Earlier, PAN card has been linked with AadhaAaar card.