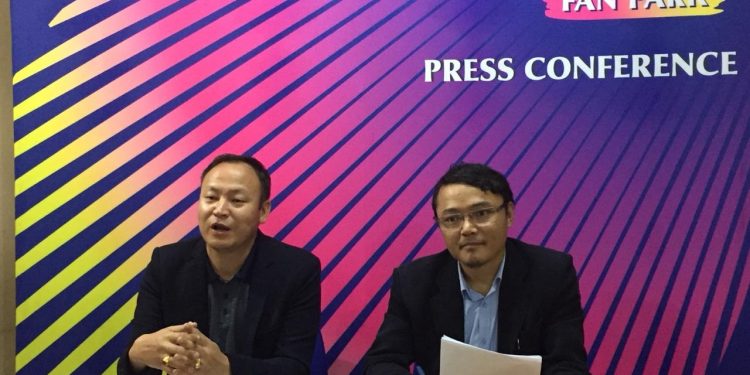 Gangtok is all set to host the VIVO IPL Fan Park for the first time in Sikkim to provide stadium-like atmosphere to the cricket-loving people of the state on May 4 and 5 next at the Old Guards Ground.

Gangtok is among eight new cities added in the list of IPL Fan Parks for Indian Premier League (IPL) 2019 and will be screening four IPL matches.

VIVO IPL Fan Park is an endeavour of the Board of Cricket Control in India (BCCI) initiated in year 2015 to take the IPL fervour to all parts of the country and to provide stadium-type atmosphere to cricket fans.

The venue will have giant screens to telecast live matches of IPL. IPL Fan Park at Gangtok will be screening matches between Delhi Capitals and Rajasthan Royals at 4 pm and Royal Challengers Bangalore and Sunrisers Hyderabad at 8 pm on Saturday and then Kings XI Punjab and Chennai Super King at 4 pm and Mumbai Indians and Kolkata Knight Riders at 8 pm on Sunday.

Addressing a press conference here on Friday, Sikkim Cricket Association (SCA) general secretary Sonam Palden Bhutia stated that the BCCI was hosting the VIVO IPL Fan Park for the first time in Sikkim in collaboration with DNA Networks and SCA.

He informed that the BCCI has shortlisted 21 states and 36 cities to host the VIVO IPL Fan Park for this season of IPL. He further said that although the IPL has huge fan following globally the BCCI has taken this initiative to further increase viewership and to provide stadium-type atmosphere even in those cities which do not have cricket stadiums.

Fan Parks have covered 65 cities in last four years and only in last season 35 venues accommodated around 5 lakhs of cricket fans. The existing cities retained for this year are the ones which have seen a good footfall in previous years and continue to draw fans in larger numbers.

Bhutia stated that the main objective of VIVO IPL Fan Park was to provide entertainment and fun to cricket lovers and to bring social changes through community viewing and globalisation of the game of cricket.

Speaking about various attraction of VIVO IPL Fan Park at Gangtok, he informed that the event will have a lucky draw to provide two VIVO phones per day to winners and another lucky draw to provide jersey and bats autographed by big cricket stars and there will be face painters for viewers and banners to cheer their favourite team.

The venue will also have facilities like free distribution of drinking water, toilets and kids zone.  He informed that the venue will have live commentary and music and a team will shoot the entire event for live uplink to be broadcasted from the IPL venue.

Bhutia urged the cricket lovers of Sikkim to be a part of such a major event of sports in the state.  He informed that the venue can accommodate around 3,000 people at a time and the entry to the venue was totally free of cost. He also expressed hope that such event will further encourage and motivate young cricketers of the state to work harder to play in major tournaments and IPL in the near future.