Retired defence officers to create awareness on CAA in Northeast 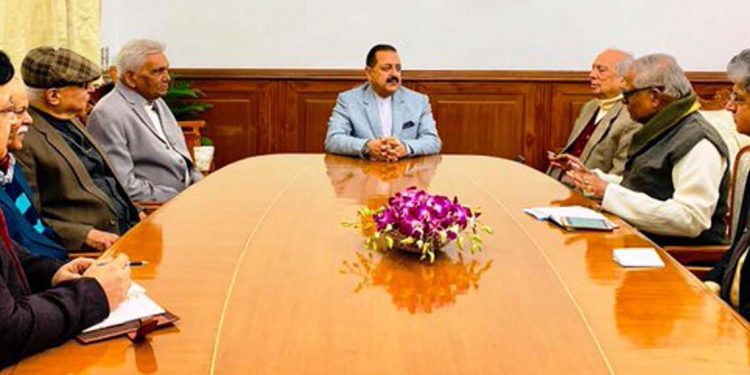 DoNER minister Dr Jitendra Singh in a meeting with a group of retired defence officers and academicians. Image credit – Twitter

The delegates told the union minister that keeping the present prevailing situation in Northeast in mind, “it is our duty to sensitise the youth about the current issues, including Citizenship Amendment Act (CAA).”

Gen NS Malik said there are about 50,000 to 60,000 students from northeastern states in and around Bengaluru.

The delegation also told the union minister that they would like to work to bring out an awareness programme for the youth regarding issues related to national security and CAA.

They offered their cooperation, experience, and expertise in implementing the programs planned by the DoNER ministry in this direction.  The delegation said they also take up site-specific programmes in improving social harmony and economic development.

Dr Singh said the central government is committed to the development of the northeastern region.

He welcomed the suggestions by the delegation and said youth awareness is very important and “they are assets of our nation”.

The union minister added that the North Eastern Council (NEC) can coordinate with the delegation and work in the direction of youth awareness there.

Protests against the CAA continue in Assam and other parts of Northeast demanding the withdrawal of the CAA.