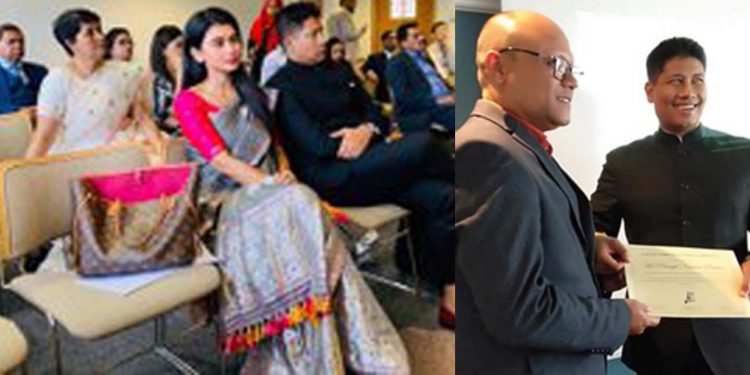 The minister was also accompanied by his wife and Assam’s popular actor Aimee Baruah.

The event was organized at the premises of the University of Leeds in the UK.

The topics discussed during the conference included ‘Satras of Majuli’, ‘Drug Abuse in Assam’, ‘Tourism in Assam’, ‘Tea Tribes of Assam’ and ‘Prospects & Challenges of Rhino Conservation in Assam’.

Assam Forum of Great Britain is a voluntary society of people interested in the economic and social issues of Assam striving to build networks to nurture and spread ideas and catalyse action.

The University of Leeds is a public research university in Leeds, West Yorkshire.

The University was established in 1874 as the Yorkshire College of Science.

The 7th annual conference of the Assam Forum of Great Britain was held on September 8, 2018 at New Academic Building in London School of Economics, London.

Last year, the event was attended by MP Kamakhya Prasad Tasa as the plenary speaker.

Tom Boyd, then a PhD candidate of Social Anthropology under University of Manchester delivered a speech where he spoke about his experience on Majuli.