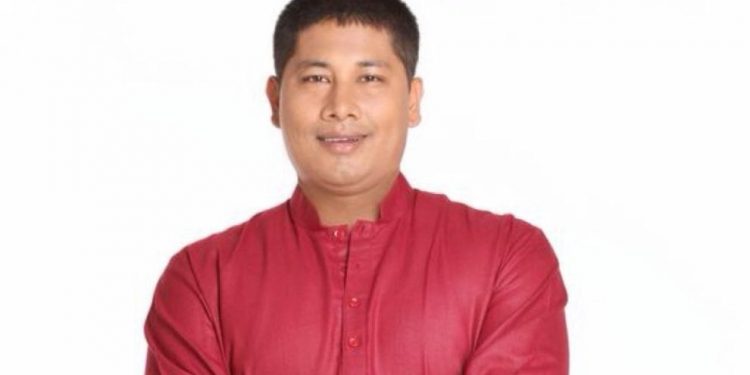 Assam minister of state for health Pijush Hazarika on Thursday was greeted with black flags and massive protest in Silchar.

He went there for inaugurating an amusement park at the historical Gandhi Bagh Park.

Hundreds of people waived black flags and shouted slogans against the minister.

Agitated people also blocked the roads and showed placards with various slogans printed on it, protesting the programme.

“We are not going to accept the proposal of destroying the history of Gandhi Bagh park for construction of an amusement park which will house a shopping mall, restaurants and bars,” said an agitator.

“The Gandhi Bagh Park is the storehouse of oxygen for the people of Silchar, we are not going to allow this,” he added.

Former Lok Sabha MP Sushmita Dev also opposed the move of the government and said that it is a violation of the Municipal Law.

“How can they invite tender without discussing the proposal with the elected body of Silchar municipal board,” Dev said.

“The people have sent a strong message to the government today by taking part in the protest,” she said.

The former Congress MP also appealed the Assam Chief Minister to order a probe into the scam of inviting tender for a project without discussing it in the board meeting.

“I was told that there was a resolution by the Silchar Municipal Board to construct an amusement park in Gandhi Bagh,” Hazarika said.

“If there is a municipal resolution, we cannot intervene much as municipal boards are independent organizations,” the minister added.

“However, if senior citizens and groups of organization approach me against the project, we may look into it,” he further said.