For improvement of NH 36, ‘In Situ Cement Treated Sub-base by Soil Stabilizer Technology’ has been taken up as a pilot project in Karbi Anglong 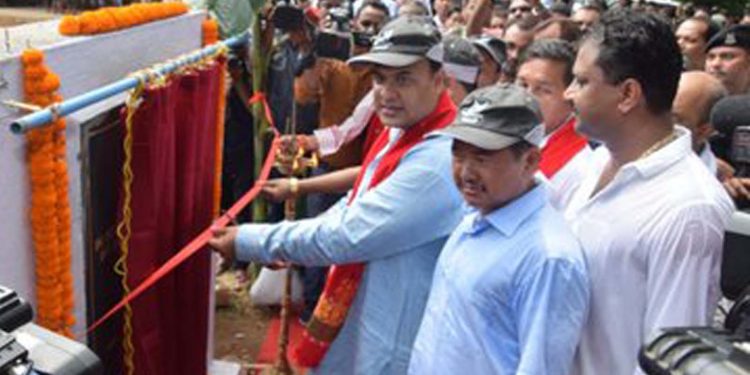 Speaking at the inauguration and demonstration of the German technology at Langhin, Sarma said, “The use of the new technology in road construction will make the road last for long and also bring benefit for the environment.”

For improvement of NH 36, ‘In Situ Cement Treated Sub-base by Soil Stabilizer Technology’ has been taken up as a pilot project in Karbi Anglong which was inaugurated by the minister.

Sarma said, “The road was constructed but whatever effort we put in it come to naught. The contractor has done his job sincerely but we have seen that the road uses to get damage haphazardly.”

“The engineers told me that every PWD specifications and parameters have been followed but the road does not last.”

“We have decided to test the soil to find out the problem. Soil was collected from Parakhuwa to Lahorijan at several places and given for testing.”

“We have to find out that the soil is prone to subsidence and give way underneath. Depression and holes appear in places. The depressions become the point for further damage. Then we came up with this German technology,” added Sarma.

It has been estimated that to repair the present damage it will require Rs 91 core.

“If we go to the Centre praying for funds, by the time the fund gets sanctioned following due process will require one-and-half years,” said the minister.

“By the time when Rs 91 crore arrives, the road will be damaged further at more places. Then we will require another estimate. It will be a cycle of an egg and a chicken,” he added.

Sarma also said with use of the technology less rocks and materials will be used and so, it will be environment-friendly.

Earlier, speaking on the occasion, Chief Executive Member of Karbi Anglong Autonomous Council (KAAC), Tuliram Ronghang said, “It is not only NH 36 that will be rebuilt, the Manja-Diphu- Lumding road is also being repaired.”

“A new technology is being used here for the first time. In Karbi Anglong, the condition of the road is very deplorable. Our area (district Karbi Anglong) is very vast more than that of Goa and Sikkim,” said Ronghang.

He said the Assam government has taken initiative to improve the road conditions of karbi Anglong with a special package.

“In the month of November the damaged roads will be taken up for repair. Under PMGSY for the first time 826 km roads for Karbi Anglong have been sanctioned,” he added.