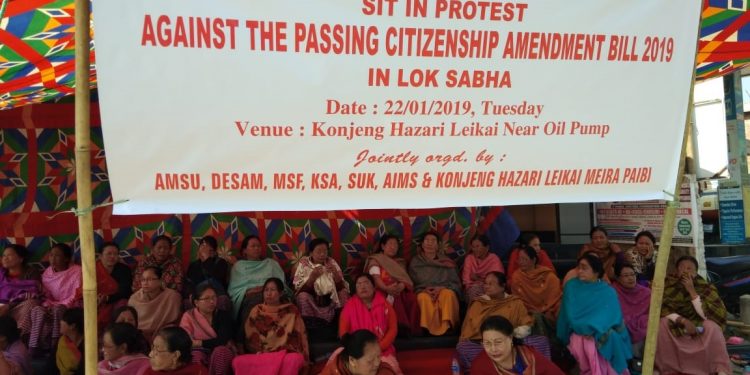 The civil society organisations in the northeastern states have formed a common platform in Imphal to fight the common issues in the region unitedly.

This was formally announced by Yumnamcha Dilipkumar, a social activist in Manipur.

“Representatives from all civil society organisations had participated in the three-day meeting held in Imphal,” he said.

The conclave decided to name the organisation, “The North East Forum for Indigenous Peoples”.

Final touches including the number of representatives to be included will be given in the next meeting which will be held in Shillong.

Many activists who spoke in the three-day meeting were of view that the people in three northeastern states where there is already Inner Line Permit system is in force do not feel safe as the BJP national leaders had already announced that if the party comes to power again, they will implement the Citizenship Bill.

They said the people who will rush to the northeast will swamp the indigenous people in this border region. In view of this threat perception, the social activists are working against the Citizenship (Amendment) Bill, 2016.

This Bill was passed in the Lok Sabha. However, in view of the widespread protests in the region, it could not be tabled in the Rajya Sabha.

Home minister Rajnath Singh and some BJP national leaders of BJP had stated that this Bill will be implemented if the party comes to power again.