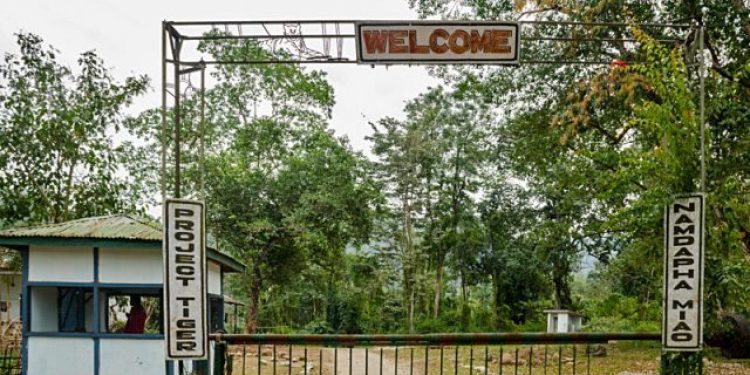 Conservation seems to be winning over development, says Rose Nui, the chief conservation officer of the Paulson Institute, a think tank dedicated to the China-US relations.

Nui had organised a visit of a Chinese delegation to the Yellowstone, Yosemite and other US parks in the year 2013.

In pursuant to the visit, China will now have a panda park (three times bigger than the Yellowstone Park) spanning 10,476 sq. miles. Once approved, this park aims to protect the giant pandas which had been downgraded from an “endangered species” to a “vulnerable” one by the IUCN in the year 2016.

The main aim of this proposed Panda Park is to create certain animal corridors and connect several existing habitats. According to the advisory of the Nature Conservancy, “it takes the long view, generally the pandas are doing well, but what they need in the future is connectivity.”

Back home, just across the borders in a land which China claims as their own but does not own physically, another National Park faces severe crisis caused by massive deforestation – the Namdapha National Park which carries a scientific prophecy of total destruction in another seven years.

This was Janaki Lenin’s statement in the Conservation News written five years back. Within another two years Namdapha will, perhaps, become history.

Namdapha National Park is the third largest national park in India, in terms of area (1807.02 sq kms). It is located in the eastern most corner of Arunachal Pradesh and is supposedly the largest protected area of the Eastern Himalayan Biodiversity Hotspot.

With funds and management resources both from the NTCA (National Tiger Conservation Authority) and the  Government of Arunachal Pradesh, this national park is seem to be either mismanaged or totally ignored considering the problems of accessibility, rampant deforestation, human influx, extraction of forest produce, hunting & poaching and a buffer zone concept which seems to be a total failure.

From the plethora of these problems, a major setback suffered by Namdapha is the illegal settlements of some hill tribes from the neighbouring countries within the core zone of the park.

The Chakmas originally belonging to the Chittagong hill tracks of Bangladesh had been living in settlements which were declared as part of the national park.

Although they have been relocated outside the park area in 1983, these tribes continue to use the park resources as a means of livelihood.

People belonging to another tribe from the hills of Myanmar, the Lisu tribe, have been systemically crossing the borders and settling not only along the fringes of the park but also within the core zone.

When last stated in 2004 in a report by Arunachalam et al, about 170 hectares of forest land in the core zone have been cleared for agriculture and this is excluding the areas of jhum cultivation. The report also states that there were 43 households and a population of 280 individuals within the unauthorised areas of the park.

With regular increase in human influx along with a fading fauna – there are now no tigers in Namdapha Tiger Reserve, the State and the Central Government authorities like the NTCA seems to have washed off their hands letting this last piece of the biodiversity hotspot in the eastern Himalayas to die a natural death.

China’s new panda park (proposed) has as many as 170,0000 people living within or near the park boundary, yet the Chinese Government has taken up this huge task of prioritising people for the sake of the pandas and its conservation.

And here in India, the only national park in the country having all the four species of big cats like the leopard, tiger, clouded leopard and the snow leopard along with a few thousands of illegal migrants living in the core zone, does not generate enough of interest or priority under the Government plans and proposals.

Is the Namdapha National Park/Tiger Reserve doomed to fulfil the scientific prophecy of total deforestation by 2021?

Keep reading this section at Northeast Now for more updates on the Namdapha National Park.