NSCN-K not to sign National Ceasefire Agreement with Myanmar Army 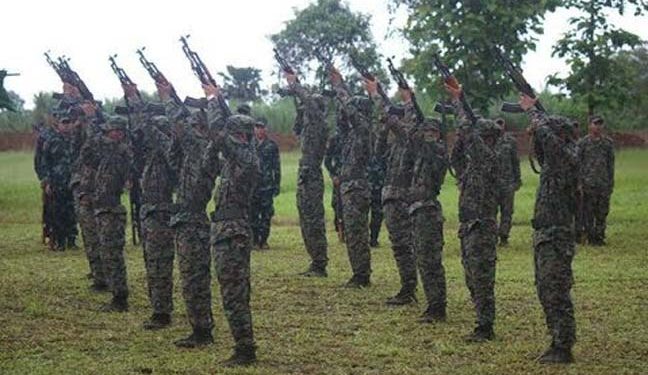 The NSCN -K will not sign the National Ceasefire Agreement (NCA) with the Myanmar Army (Tatmadaw) in spite of ‘repeated aggression’ they face from the troops.

NSCN-K spokesman Joseph Lamkang told Northeast Now that their group wants to continue their fight for ‘sovereignty’ of the Naga people.

‘‘Myanmar, in reality doesn’t care for the real aspiration of the Nagas. The seven years ceasefire only helped them as it was one-sided. NSCN started to feel that we were at the receiving end of Myanmar government’s operations,” said Lamkang, the publicity minister of the group.

“In last three years, they have been aggressively forcing us to sign the NCA.  But, we did not do so. Then they became aggressive at the negotiating table, stopped all our supply routes and have applied their famous ‘four cuts’ policy.’’

Lamkang said that Myanmar is well versed with the Naga issue.

“They know that the subject is different from other ethnic issues,” he said, adding that “Myanmar could have taken a different route rather than imposing the NCA on the Nagas.”

The Tatmadaw attacked and overran the NSCN-K bases in Sagaing division in February and arrested several of the rebel group leaders.

Many of them have now been found guilty of crimes and jailed.

The Tatmadaw insisted that the group should accept the terms of the nationwide ceasefire and not provide shelter to any rebel group from north-eastern India.

The Arakan Army has become a huge worry for the Tatmadaw after it intensified it’s guerrilla attacks in the Rakhine province since late last year.