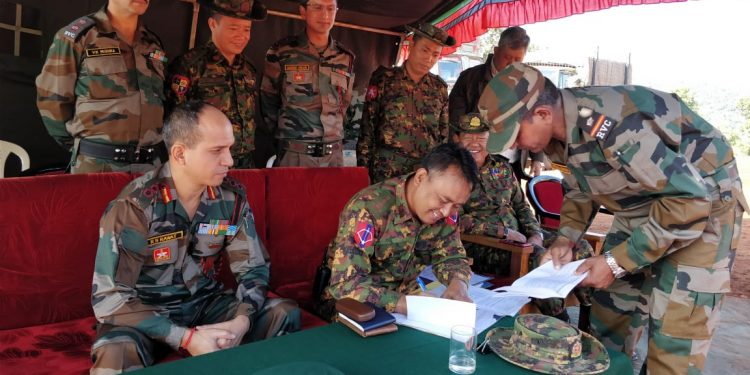 Myanmar’s all-powerful military Tatmadaw has announced ‘extension of suspension period of all its military action’ against armed groups in five military command regions for two months.

The office of the commander-in-chief of the defense services said in a statement that the suspension period was set to extend until June 30 this year.

During the period, all military actions will be suspended in the northern, northeastern, eastern, middle-eastern and triangle military command areas.

The Chinese are pushing for a ceasefire in North Myanmar so that its companies can exploit resources and take up key projects on infrastructure and connectivity.

“If fighting continues between the rebel armies and Tatmadaw, all commercial and economic activities will be affected and the Chinese who have such a huge stake in North Burma cannot afford that. So, they are pushing both the government and the rebel armies to make peace,” said a top Burmese military officer under condition of strict anonymity as he is not authorised to speak to the media.

The Chinese have plans for eight hydro-electric projects in the rivers of North Myanmar and their traders eye the mines yielding precious stones like jade, ruby, yellow sapphire and key minerals like copper.

Beijing is particularly keen on resuming the $ 3.6 billion Myitsone hydro-electric project that is designed to produce 6000MW of power, almost wholly for Chinese consumption.

Huge mass protests have erupted in Kachin state against the project ahead of the China visits by Suu Kyi and Gen Aung Hlaing in anticipation of renewed Chinese pressure to resume the project.

The previous government of Gen Thein Sein stopped the project after huge domestic protests and Western civil society support for them.