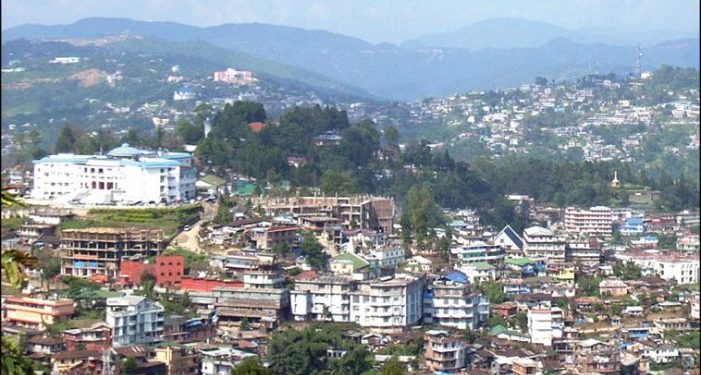 A view of Kohima

Kohima has been ranked 10th out of the 100 smart cities and certified as ‘Enabled’ in the Data Maturity Assessment Framework  (DMAF) 2.0.

This was announced by the Union ministry of housing and urban affairs during the sixth anniversary celebration of Smart City Mission, Atal Mission for Rejuvenation and Urban Transformation and Pradhan Mantri Awas Yojana (Urban) in New Delhi on Friday.

Kohima is the only Smart City in the Northeast region to make it to the top ten and shares the position with two other cities.

The Smart Cities Mission launched the Data Smart Cities Strategy in February 2019 as a roadmap for harnessing the potential to address complex urban challenges across 100 cities.

To successfully implement this initiative, the (DMAF) was also launched to encourage cities to strengthen their data infrastructure and facilitate them in assessing the maturity on data.

The DMAF Cycle 2 was assessed based on the existence of robust policy mechanisms in the city around data governance, empowerment, protection, collaboration and innovation and presence of empowered city officials with the capacity to guide the development of city data policies, manage data governance, drive inter-departmental and inter-agency data exchange and to build city data alliances.

Also read: Electricity bill payment must for Assam government employees to get salary

It was also based on effectiveness of the city’s processes around data collection, usage, management, security, privacy, empowerment, collaboration, and innovation, quality and robustness of the city’s information and communications technology infrastructure including digital platforms, sensors, IoT devices, data exchanges, big data and artificial intelligence and quality of outcomes around data driven governance, ease of living, ease of doing business, collaboration and innovation in the city.

Some of the initiatives undertaken by Kohima for this framework are preparation of the draft city data policy, dedicated open city data portal, data analysis on critical datasets in sectors such as water, air, mobility and disaster.

One critical and notable aspect of Kohima regarding the process pillar is that most of the data are with the individual departments.

The willingness of departments to share data with Kohima Smart City was appreciated.

Another assessment of cities regarding climate change preparedness was also released during the occasion.

In this, Kohima was rated 2 stars out of maximum 5 stars in the Climate Smart Cities Assessment Framework 2.0