Electricity bill payment must for Assam government employees to get salary 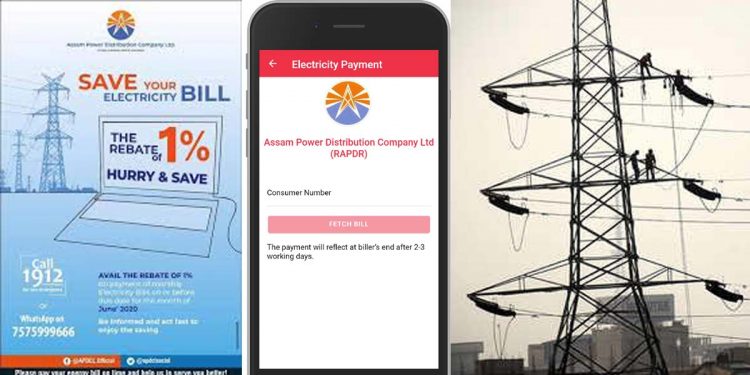 Now, the Assam government employees will have to clear their electricity bills on time to draw their monthly salaries.

The state authorities are likely to issue instructions to the Assam government employees in this regard.

Assam chief minister Himanta Biswa Sarma has given emphasis on bringing changes in the power sector of the state.

Following a direction in this regard from the Assam chief minister on June 6, 2021, the managing director of the Assam Power Distribution Company Limited (APDCL) has written a letter to the additional chief secretaries, principal secretaries and commissioner & secretary of all departments of the Assam government.

The APDCL managing director in his letter to the top officials of the Assam government has requested to instruct all drawing and disbursing officers (DDOs) to ensure collection of “No dues payable against electricity bill of APDCL” certificate for all employees before processing of wages/salary bills on or before June 30, 2021.

“In pursuance to the same, the undersigned is directed to request you to instruct all drawing and disbursing officers (DDO) under your control to ensure collection of “No dues payable against electricity bill of APDCL” certificate for all employees prior to processing of wages/salary bills i.e., on or before June 30, 2021,” the APDCL MD said in the letter.

“APDCL system generated payment receipt of current electricity bill may be considered as proof of payment for this purpose,” the letter added. 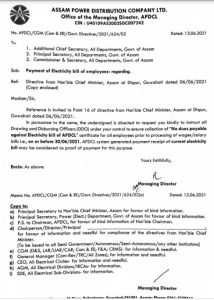 Assam chief minister Sarma recently directed the power department officials to adopt the Gujarat model in metering, billing, collection of electricity bills and to recover the unpaid power bills of government officials directly from their salaries.

After the meeting, he directed the department to prepare a plan for turning the companies into profit making entities.

He stressed on the need to make all the three companies profit making ventures within the next five years similar to that of the power companies in Gujarat.