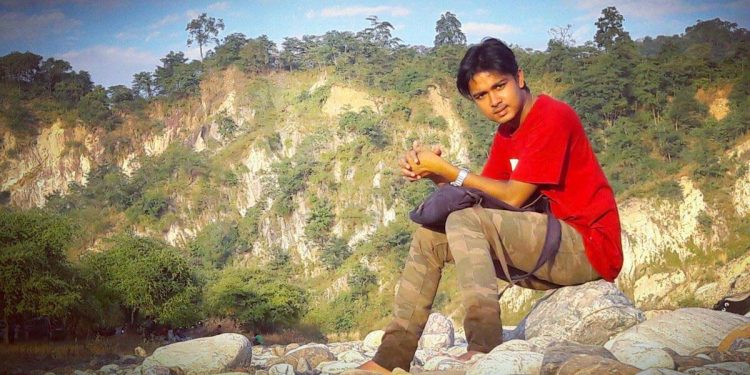 Goons and supporters of Tangla Municipal Board chairman-cum-Khalingduar MCLA and UPPL leader Dilip Boro have attacked Northeast Now’s Udalguri correspondent Shajid Khan for reporting on the deaths of cattle egrets.

Shajid Khan was attacked by the goons at the site where nearly 250 cattle egrets died in Tangla town of Udalguri district.

Khan said he was attacked by a group of goons, allegedly backed by the chairman of Tangla Municipal Board, as his reports along with videos, published on Northeast Now (nenow.in), brought to light the cause of the deaths of the birds.

“Was attacked by a group of goons in aides of Tangla Municipal Board Chairman at Tangla town in Udalguri district after my highlighting of death of Cattle Egret received widespread criticism. I pray to ensure my safety
@himantabiswa @ParimalSuklaba1 @DGPAssamPolice,” Khan wrote in another tweet.

Khan has intimated the matter with the police. 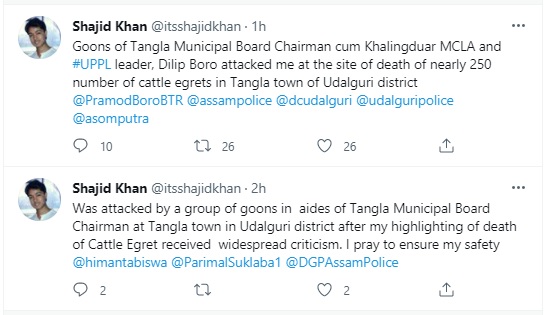 The cattle egrets died after the Tangla Municipal Board ordered to clear the bamboo groves inhabiting the birds in private lands in Tangla town on Thursday.

According to reports, the municipal authorities sent a notice on June 8 vide Memo no. 0505TMB/2019/20/98 to five citizens holding private lands in Ward No. 1 and 2 of the Tangla town.

The notice, signed by the Tangla Municipal Board executive officer said: “The egrets nestling at the bamboo grove in the land have added to the risk of spreading Coronavirus, creating an unhygienic condition with their droppings and it is advised to the land holders to cut down the bamboo groves to create a hygienic environment.”

The bamboo groves were located near the residence of Tangla Municipal Board chairman-cum-Khalingduar BTR Member Council of Legislative Assembly (MCLA) Dilip Boro.