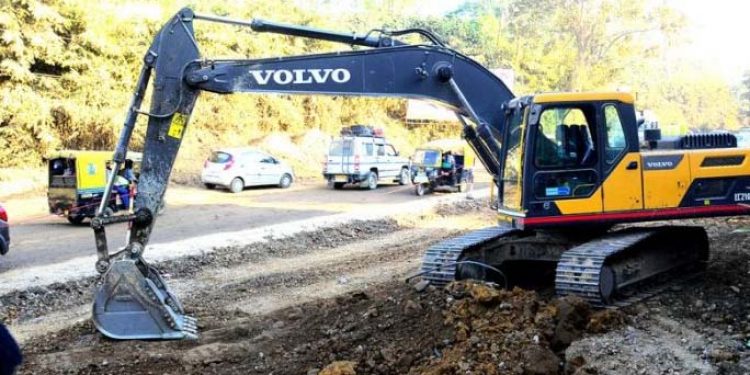 The Chakhesang Public Organisation (CPO) has condemned the alleged harassment of the official engaged in construction of the two-lane road at Phek in Nagaland.

Some persons, who claimed to be cadres of different Naga national groups, have reportedly harassed the workers engaged in the construction work for donations and two staffers of a construction company were kidnapped for ransom recently.

The committee also said it was reported to it that two staff members of a construction company were kidnapped recently for ransom, which created anxiety in the district.

Convenor of the CPO Vaprumu Demo and member secretary Wepe Mekrisuh in a statement condemned these “senseless” and “shameless” acts.

The CPO asked all such cadres to immediately stop pestering and harassing the company/contractors for taxation or forced donation.

It also asked the company/contractors to bring to its notice if it is confronted with any such related problem during execution of the work in the district.

The committee appealed to the affected villages/towns in particular and public in general as well as administration to remain vigilant and check any potential threat to the ongoing execution of the mega project.

“Such unabated activity by national workers or anti-social elements will jeopardize the ongoing project in the district and inevitably cause the general public to suffer for many years to come,” the CMO said.

The CPO has formed a committee to act as a watchdog and oversee the proper and timely execution of the mega project and ensure that quality work is not compromised.

While pursuing this given task, it is the bounded duty of the committee to also create congenial atmosphere for the safety and well-being of the company/contractors and the labourers engaged in the work in the site, it said.