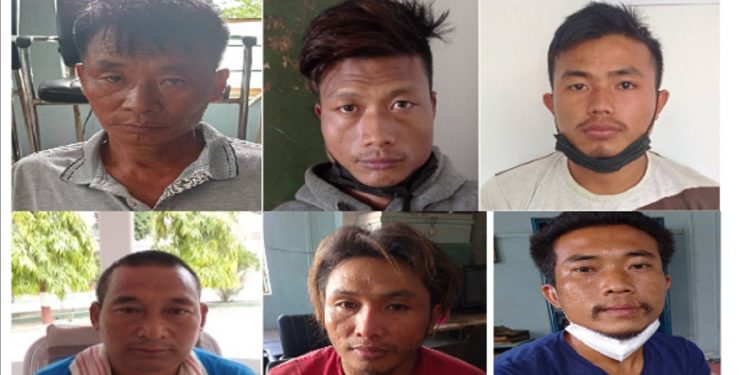 The Special Investigation Team (SIT) of Nagaland police on Thursday filed chargesheet against 19 accused in the firing and killing of three persons at Lamhainamdi village in Peren district on March 22 last year.

The incident had sent shock waves across the State and was condemned by all sections of the society.

The incident happened due to an alleged land dispute in the village between two communities.

While seven of the 19 charge-sheeted accused have already been arrested by the SIT and currently are in judicial custody, the lookout for other 12 absconding accused is on, the police said.

Four suspected persons who were arrested earlier in the case have been granted bail, the communiqué said.

Subsequently, the State police set up the SIT headed by a senior police officer to investigate the case.

The investigation found that the 19 charge-sheeted accused persons were part of the deep-rooted criminal conspiracy to plan, prepare and execute the killing of the persons in the village.

The communiqué said the charge-sheeted accused used a makeshift camp in the jungle, 2-3 kms away from Vihuto village, for accommodation and preparation for commission of the crime.

The SIT collected various incriminating evidences from the camp.

The police said identities of few other unknown persons involved in the case are also being established.