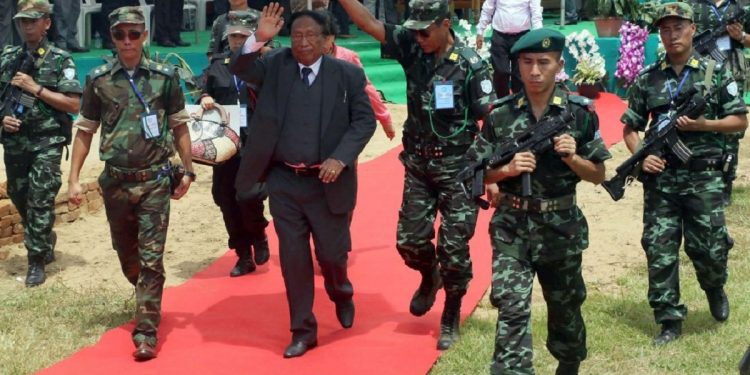 NSCN-IM and NNPGs leaders were among the potential targets of the Israel-made spyware Pegasus.

Phone numbers of several top NSCN-IM leaders were in the list of potential targets of the Pegasus, The Wire reported.

Several top NSCN-IM leaders were allegedly targeted by the spyware between 2017 and 2019.

According to reports, convenor of the NNPGs (Naga National Political Groups) – N Kitovi Zhimomi was also a potential target of the Israel-made spyware.

Notably, NSCN-IM leader Atem Vashum is expected to succeed Th Muivah as the chairman of the outfit.

On the other hand, Apam Muivah is the nephew of NSCN-IM chairman Th Muivah.

Meanwhile, Anthony Ningkhan Shimray is the commander-in-chief of the Naga Army of NSCN-IM.

Atem Vashum, Anthony Ningkhan Shimray, Apam Muivah have been representing the NSCN-IM in the Indo-Naga Political talks with the Government of India.

The Indian Government and the NSCN-IM had signed the “Framework Agreement” in 2015 years after both sides inked a ceasefire agreement in 1997.

On the other hand, the NNPGs, a conglomeration of seven different Naga groups, also engaged in peace talks, had signed “Agreed Position” with the Government of India in 2017.