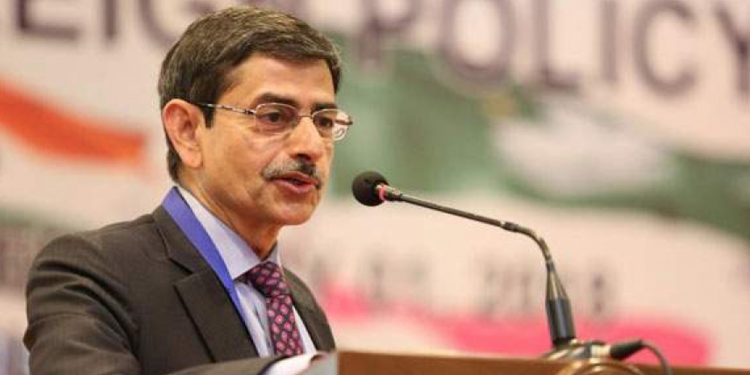 Nagaland governor RN Ravi on Friday said the negotiations between the government of India and the Naga political groups have been successfully concluded.

Ravi said this while addressing the first day of the fifth session of the 13th Nagaland Assembly in Kohima.

He said the government has conveyed its deepest appreciation to all the stakeholders for exhibiting utmost sincerity, foresightedness and a spirit of understanding in helping create a conducive atmosphere for conclusion of the talks in a positive manner.

Ravi appealed to all the stakeholder to continue the spirit of unity and oneness amongst each other so as to facilitate the final solution to the prolonged Naga political issue which is honourable, acceptable and recognizes the uniqueness of the history of the Naga people.

He lauded the positive role played by the various tribal Hohos, mass-based organisations, churches and civil societies who made every effort to help create a favourable atmosphere so that the negotiations between the various parties could proceed unhindered in a positive direction.

Ravi also appealed to all the state governments and the people of the neighbouring states to show the highest level of understanding and extend all possible cooperation so that the peace process which has now reached a very critical juncture concludes in a successful manner in the interest of enduring peace and stability in the entire region.

On the Citizen Amendment Act 2019, Ravi said there were concerns raised on the possibility of the indigenous people of the state getting demographically overwhelmed and seriously marginalised by people from outside because of the provisions of the Act.

He said the state government had brought to the notice of the Centre the special status being enjoyed by Nagaland under Article 371A.

Ravi added that this in conjunction with the inner line permit (ILP) regime binder Bengal Eastern Frontier Regulation 1873 that is in force in the state do not provide any ground for applicability of CAA in the state.

He said the state government had taken a decision on December 9 last year to extend the ILP to the entire district of Dimapur.

The government taken this decision in view of the concerns raised in various quarters of the grave situation arising in the district because of possible large scale influx of illegal immigrants.

Ravi said the protection and safeguarding of the rights and identity of the indigenous people of the state has always remained at the forefront of government’s concerns.

He said the creation of RIIN will clearly identify the indigenous people of the state as well as those non-indigenous persons who have permanently settled.

This will also help in proper and effective implementation of the ILP regime in the state, he added.

However, Ravi said, the RIIN exercise raised several issues and concerns from various quarters with regard to its modalities. Hence the government constituted a commission for studying, examining and advising on all issues related to the exercise, he said.

Ravi said once the commission submits its report along with recommendations, it will be tabled in the Assembly for further deliberations.