Nagaland govt extends the period of Judicial Inquiry Commission to probe into the January 31, 2017 incident at Dimapur for another two months 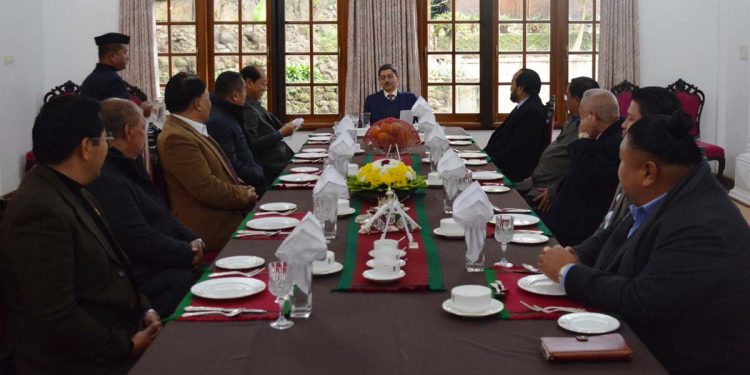 Ravi urged the state Cabinet to stress on providing better roads, health services, education and livelihood to the people of the state.

Holding New Year breakfast meeting at Raj Bhavan in Kohima, Ravi urged each member of the Cabinet to set targets for their ministry/department for the year 2020 and closely monitor their implementation, a Raj Bhavan release said.

The Cabinet members reiterated their commitment and dedication to the service of the people of Nagaland, the release said.

The chief minister thanked the governor for his initiative and expressed the desire to have such meetings from time to time.

The Nagaland government has extended the period of Judicial Inquiry Commission to inquire into the January 31, 2017 incident at Dimapur for another two months from December 1, 2019, to January 31, 2020, for submission of its report, a home department notification said on Thursday.

The commission should submit the report on or before this extended period and no further extension will be accorded. Other terms of reference of the commission would remain the same, the notification said.

On January 31, 2017, two persons were killed and several others sustained injuries in police firing during violence that engulfed Dimapur over the government’s decision to hold urban local body election with 33 percent reservation for women.