Anti-CAA protest at Dimapur on Jan 18 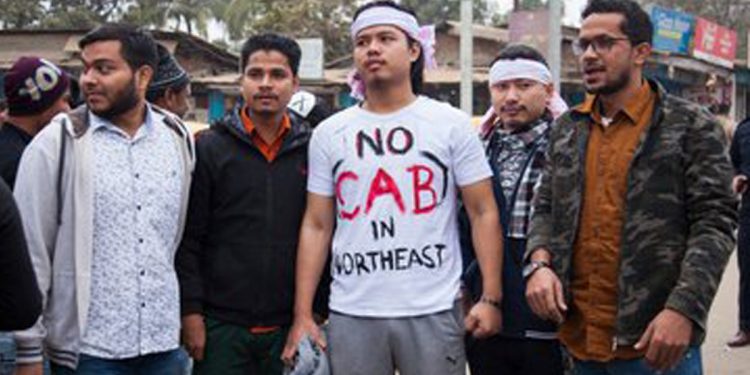 A protest, led by Naga common people, will be staged against the contentious Citizenship Amendment Act (CAA), 2019 at Supermarket in Dimapur on January 18.

The protest will start at 10 am.

In a release on Thursday, the organising committee said the protest is strictly apolitical and will be peaceful.

Various organizations and political parties continue to raise voice against the new citizenship saying that the CAA, 2019 is ‘un-constitutional’ and “discriminatory”.

According to the CAA, 2019, persons belonging to Hindu, Sikh, Buddhist, Jain, Parsi and Christian communities, who came to India from Pakistan, Afghanistan, and Bangladesh till December 31, 2014, would be granted Indian citizenship.

The protest will include speeches, music, skits and on the spot paintings.

“When the whole country is in uproar, Nagaland cannot remain silent. So it is a request to the public to show your solidarity with the rest of the country and participate in the protest,” the release said.

All the tribal apex bodies and civil society organisations in Nagaland have also decided to reject the Citizenship Amendment Act (CAA), 2019 outright for all time to come.

The decision came during a joint meeting of all tribal apex bodies and civil society organisations organized at Dimapur on December 18, 2019.

The meeting observed that the protective clauses like the inner-line permit (ILP) and Article 371 A will not protect Nagaland once the CAA is imposed in the neighbouring states.

However, Nagaland has been exempted from the purview of the Act.

The civil society organisations demanded the state political parties – ruling NDPP and Opposition Naga People’s Front – to come out with a clear-cut stand as to why the Lok Sabha and Rajya Sabha MPs representing the citizens of Nagaland from the two parties voted in favour of CAA.

They warned that the MPs would be held responsible if the future of Naga people is put into jeopardy at the end of the day.