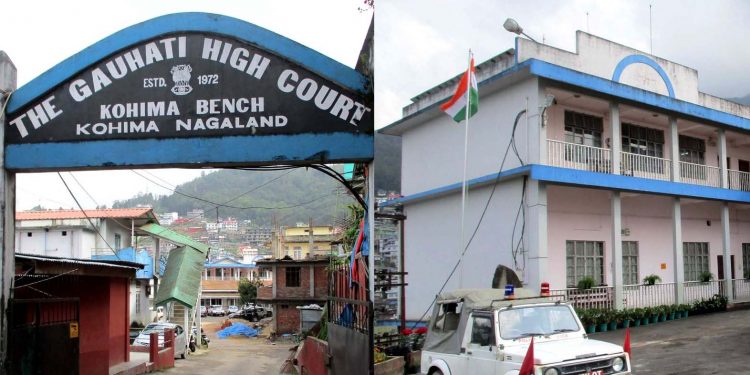 The Kohima bench of the Gauhati High Court has ordered the Nagaland government to pay Rs 25 lakh as compensation to the son of a woman who died during childbirth.

According to media reports, a 30-year-old pregnant woman died with her unborn child three years back due to lack of proper medical facilities.

The death was attributed to a “non-functional sub-centre” at Monyakshu village in Mon district.

The Kohima bench of the High Court directed the health and family welfare department of the Nagaland government to provide the victim’s family under the National Family Benefit Scheme.

The order stated: “In this case, the failure on the part of the respondents in the discharge of their duties in making the basic facilities and benefits provided under NRHM scheme or schemes reach the poorest of the poor in the villages of Nagaland.”

“But for their failure in the discharge of their duties the precious life of the petitioner’s mother and the unborn child could have been saved,” the High Court order further said.

The High Court also order to provide another Rs 15,000 to cover legal expenses, Rs 20,000 under the provision of National Family Benefit Scheme (NFBS).

It also asked to reimburse the amount the family spent for taking the deceased to the hospital.

As per a report of the Human Rights Law Network (HLRN), a writ petition was filed after a “fact finding survey” conducted by the Nagaland unit of the HRLN in 2016 on the death of a woman identified as 30- Bemang.

Bemang, who was a resident of Monyakshu village, died during childbirth on November 7, 2016.

Moba Changkai, the petitioner and stepson of the deceased, prayed for compensation from the authorities concerned “who failed in securing the fundamental right to life of good health, equality and dignity enshrined under Article 21, 14 and 15 of the Constitution of India”.

The petitioner stated that his mother Bemang, who was pregnant for the seventh time, had labour pain around 2 am on July 11, 2016 and during the course of the labour, one arm of the baby emerged from the birth canal with the help Changkai’s father.

As the baby could not fully come out, Bemang’s family hired a vehicle and moved straight for the district hospital at Mon, about 130 km from Monyakshu village.

But Bemang died on the way to the district hospital.

The court observed that the incident could have been prevented if the health sub-centre would have basic facilities for deliveries.